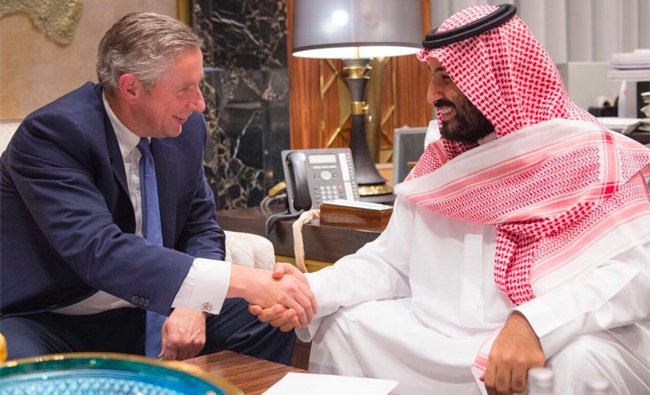 $500 billion to build a city that’s 33 times the size of New York City? Where? Saudi Arabia, where else? Dubbed Project NEOM, the newly announced mega-city is the Saudi’s idea of a futuristic city that runs on renewable energy. Why? Simply because they can afford to sell off 5% of oil colossus Saudi Aramco to raise $300 billion to fund the majority of the project, that’s why.

The goal of Project NEOM is to reduce the country’s reliance on oil exports. With oil prices falling, the future of automobiles focused on electrification and the world moving towards sustainable and green sources of energy, there’s immense pressure on the world’s largest oil exporter to diversify into other areas.

Project NEOM will connect to Jordan on the Arabian peninsula side and Egypt on the other side of the Red Sea. No, they don’t plan on parting the Red Sea to make a causeway or anything, but the sheer size of the city is no less impressive.

The plans were announced this week at the Future Investment Initiative conference held in Riyadh. Private investors will join the Saudi government to finance the building of the mega-city.

The city is being planned on 10,230 square miles of land, making it 33 times the land area of NYC. It will also be one of the largest cities in the world to run on renewable energy when it’s built, and will primarily be a business and industrial district. The government is yet to release full plans on what the city will look like when finished.

To head Project NEOM, the Saudi government has appointed Klaus Kleinfeld, former CEO of Siemens AG and Alcoa Inc. The first section of the city is slated for completion by 2025.

“This place is not for conventional people or conventional companies, this will be a place for the dreamers for the world. The strong political will and the desire of a nation. All the success factors are there to create something big in Saudi Arabia.”

Not to forget, all the money in the world, too.