After mounting pressure from lawmakers as well as users to clean up its portal, social media giant Facebook has announced that over the next one year, it will double the current 10,000-strong workforce related to matters of content safety and security.

Facebook has been facing fire on multiple fronts as incidents of extremist content, fake news, inaccurate reporting of metrics to advertisers and other problems have surfaced over the past year.

The company’s renewed commitment to making its site safer and more secure for its users comes ahead of its quarterly earnings report for the third quarter of 2017, which will be released today, November 1, after market close.

A few weeks ago, Facebook announced that it would hire an additional 3,000 content moderators to review content on its portal, and it had earlier committed to hiring 1,000 people to review and remove offensive advertisements.

An increase of 10,000 over the next year represents a near-50% growth in personnel. While Facebook is certainly capable of affording the extra salaries, it’s bound to hit the company’s operating margin in some way, which would affect its profitability and earnings per share. Of course, spacing out the recruitment will help dilute that over the next few quarters, but it’s something for investors to watch out for.

That said, as the company heads towards reporting its third quarter earnings for 2017, all eyes will be on growth numbers, including revenue growth, user additions and advertiser additions.

In Q2 2017 Facebook reported robust year-over-year growth in several areas, including active user base, advertising revenues and average revenue per user. Investors will be looking for signs of weakness in ad revenue growth that might stop Facebook stock’s rapid rise over the past several years. 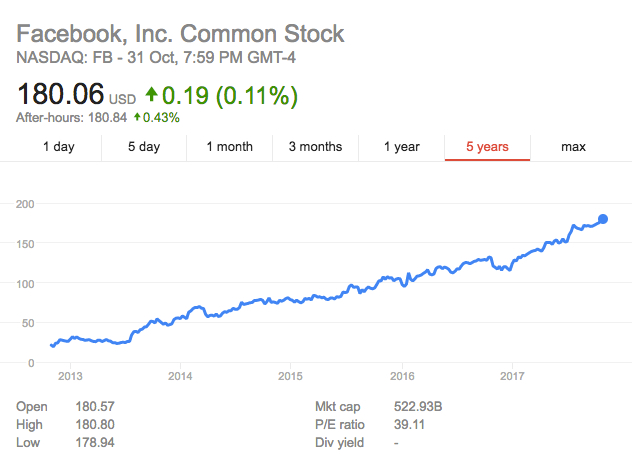