Chen Yi, an Uber driver in New York, claims to have seen the pickup truck driven by terrorist attack suspect Sayfullo Habibullaevic Saipov ram into cyclists on a popular bike path on the West Side Highway earlier today. Yi also claimed to have heard “seven to eight shots”, after which he saw law enforcement officers pointing their guns at a man kneeling on the pavement. 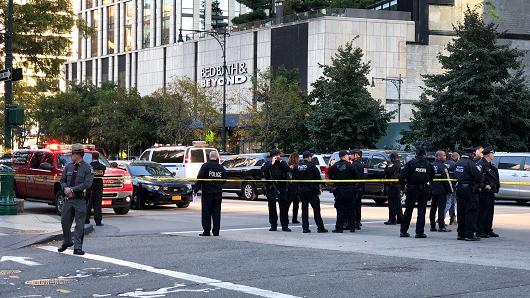 Other witnesses of the New York terror attack say they heard five or six shots, and then saw a man in a tracksuit fall to the ground. He is also alleged to have yelled “Allahu Akbar” after exiting the truck, when he was seen carrying what was thought to be two firearms at the time, but were later confirmed to be a paintball gun and a pellet gun.

The rented Home Depot truck reportedly ploughed into cyclists and pedestrians, as well as a school bus and another vehicle, killing at least 8 and injuring 15 people. 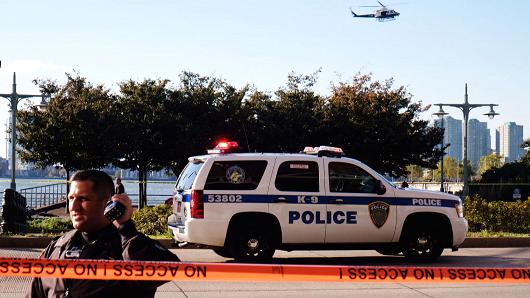 President Donald Trump and others, including the Mayor of New York City, Bill de Blasio, and New York Gov. Andrew Cuomo, have called this a terrorist attack, but Cuomo also said that there was no evidence to suggest that there are wider implications of the attack.

The suspect, who came to the United States in 2010, is a 29-year-old Uzbek national. The pickup truck he was driving contained a note that claimed that his actions were done for ISIS. The man carried Florida ID, but the truck was rented from a Home Depot store at 2pm on Tuesday in Passaic, New Jersey, according to NBC News.

This kind of low-level attack is almost impossible to prevent, and requires very little training, according to former U.S. State Department counter-terrorism agent Fred Burton, especially when there is a lack of “very specific intelligence information about the person that intends to carry this out.”