But first, a bit of background.

Bluetooth technology is quite limited in its current form. As many of you might know, a smartphone can usually only connect to a single audio output device via Bluetooth. That’s because they have a single chip for Bluetooth communication, and that’s the case for most smartphones and tablets on the market today.

But Archeer is able to overcome this limitation, allowing you to listen to stereo sound on two separate speakers using one single audio source. That’s what they call TWS, and it’s awesome when you first listen to it and understand how it works.

You can already do it with many Bluetooth adapters and high-end speakers on the market, but it’s an additional investment that can often put a dent in your wallet. Besides, you won’t know for sure whether it will work until you’ve either tried it out for yourself or the product is from a reputed audio brand like Bose, which is quite an expensive deal.

With the updated A320S, those problems are all solved. All you need is a pair of these beautifully crafted and affordable Bluetooth speakers, a Bluetooth audio source like your smartphone or tablet, and you’re good to go. 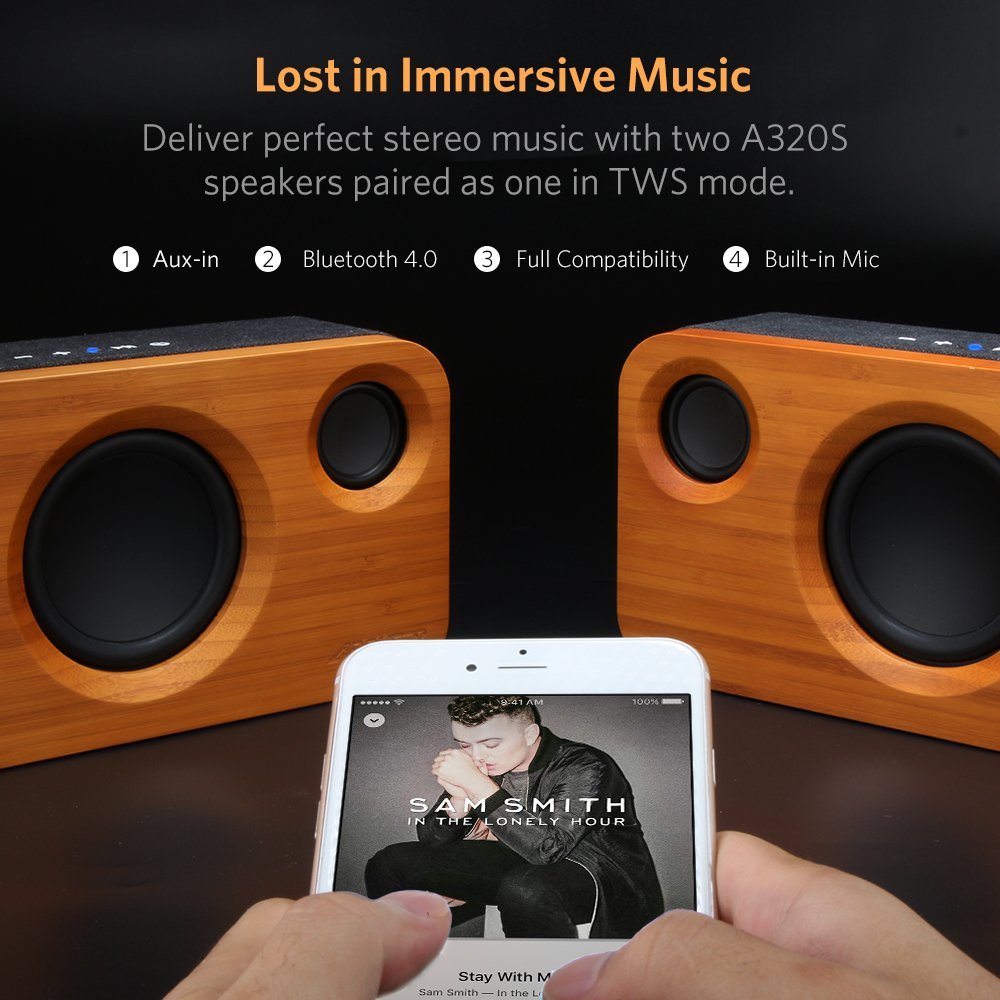 The A320S is similar to the A320 that I reviewed earlier this year, but it has some key additional features:

First of all, the battery pack on the new A320S is a monster, delivering 8800mAh of power for about 20 hours at 50% volume, according to Archeer’s figures. My own test results showed a slightly higher average of about 22 hours. Pretty impressive, I should say, since 50% volume is more than adequate for most medium-sized rooms.

The other awesome feature, of course, is the True Wireless Stereo capability. Using a simple but innovative system of master-slave pairing, the speakers link to each other to deliver a superior stereo experience.

How Does TWS on the Archeer A320S Bluetooth Speakers Work?

Essentially, the difference here is that the two speakers pair with each other to create the stereo environment required, with one being the master and the other the slave. After the first speaker is connected to your source device, that becomes the master speaker, and the other one connects as the slave.

The technology behind this capability might be a little difficult to understand for many, but the actual using of it is as simple as 1-2-3. 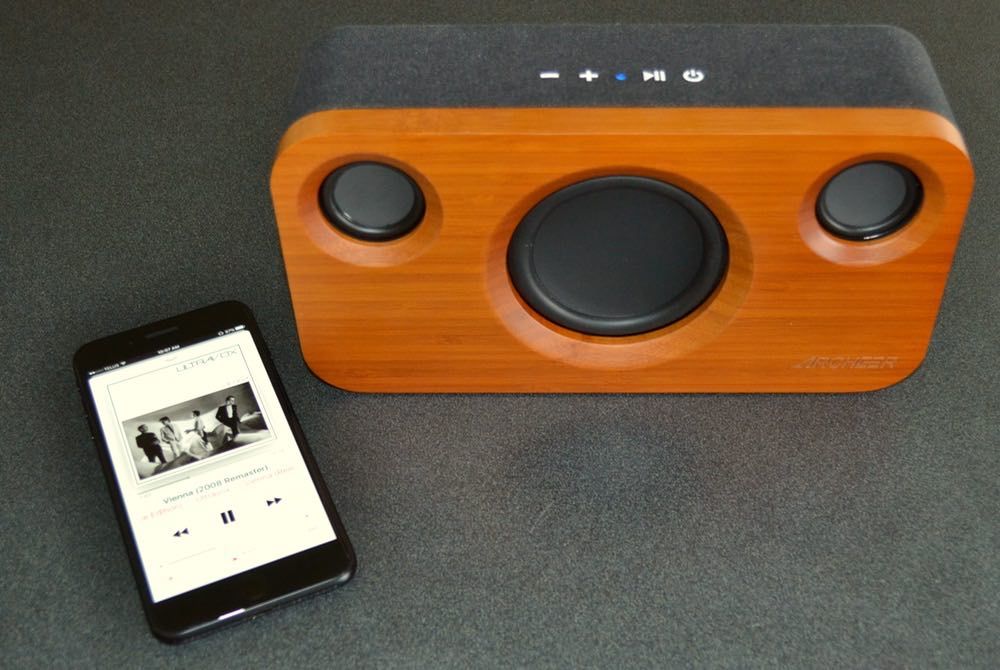 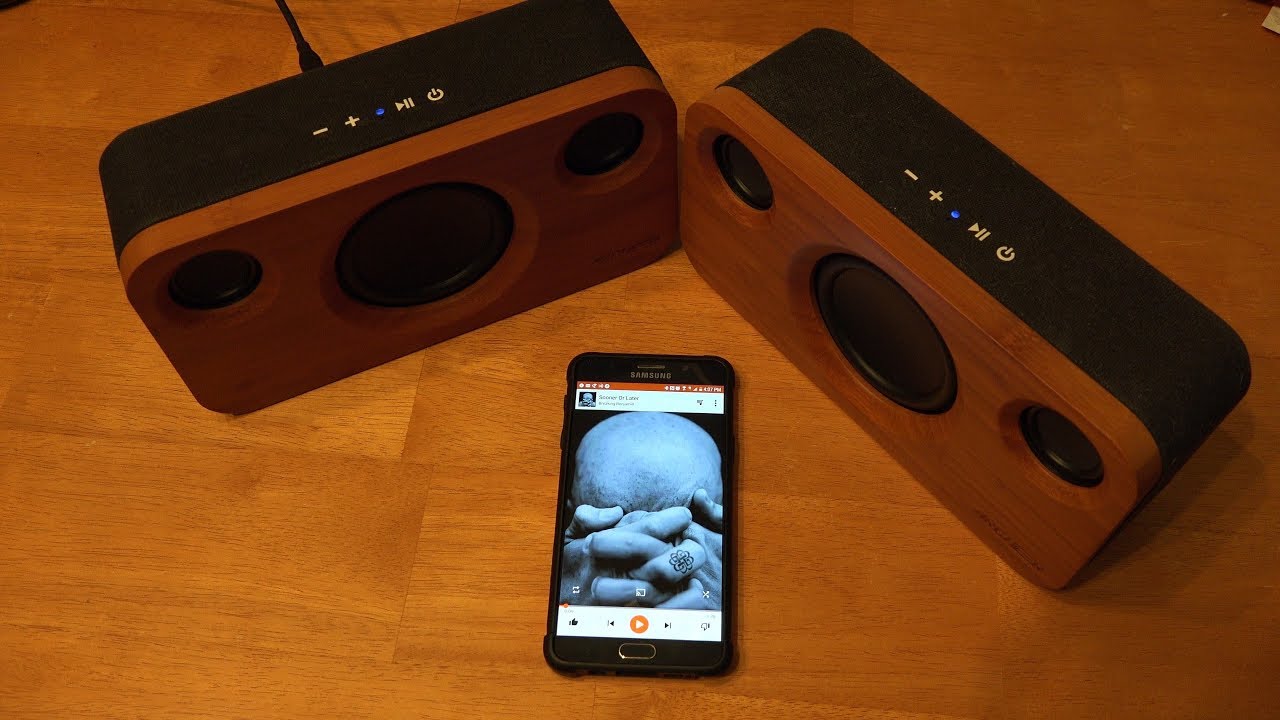 You can also easily unpair the stereo setup by long-pressing the volume button on the slave speaker, which is the speaker that is NOT paired to your smartphone or tablet.

I can’t easily describe the experience when I first heard TWS in action. It’s almost as if the music takes on a different life of its own. And there’s a good reason for that. As you know, a lot of sound engineers play with panning and other effects to make use of stereo speakers and five-way home theater systems, and TWS takes advantage of that, fully delivering the experience that the producers of the music intended.

It’s not at all the same, mind you, but the TWS experience on the A320S is a little similar to what you’d hear on high quality headphones – minus the headphones. You’ll hear stereo effects in all their clarity, but you’re not burdened by wires or a clunky headset.

The Archeer A320S is currently available on Amazon and, of course, you’ll need to purchase a pair of them to be able to use TWS.

See the Archeer A320S on Amazon.com

Disclosure/Disclaimer Statement: Archeer has provided the product to this reviewer free of cost for the purpose of this review, but the review itself is independent and is in no way influenced by Archeer. The results of the reviewer’s tests are also independent of any testing or information provided by Archeer.