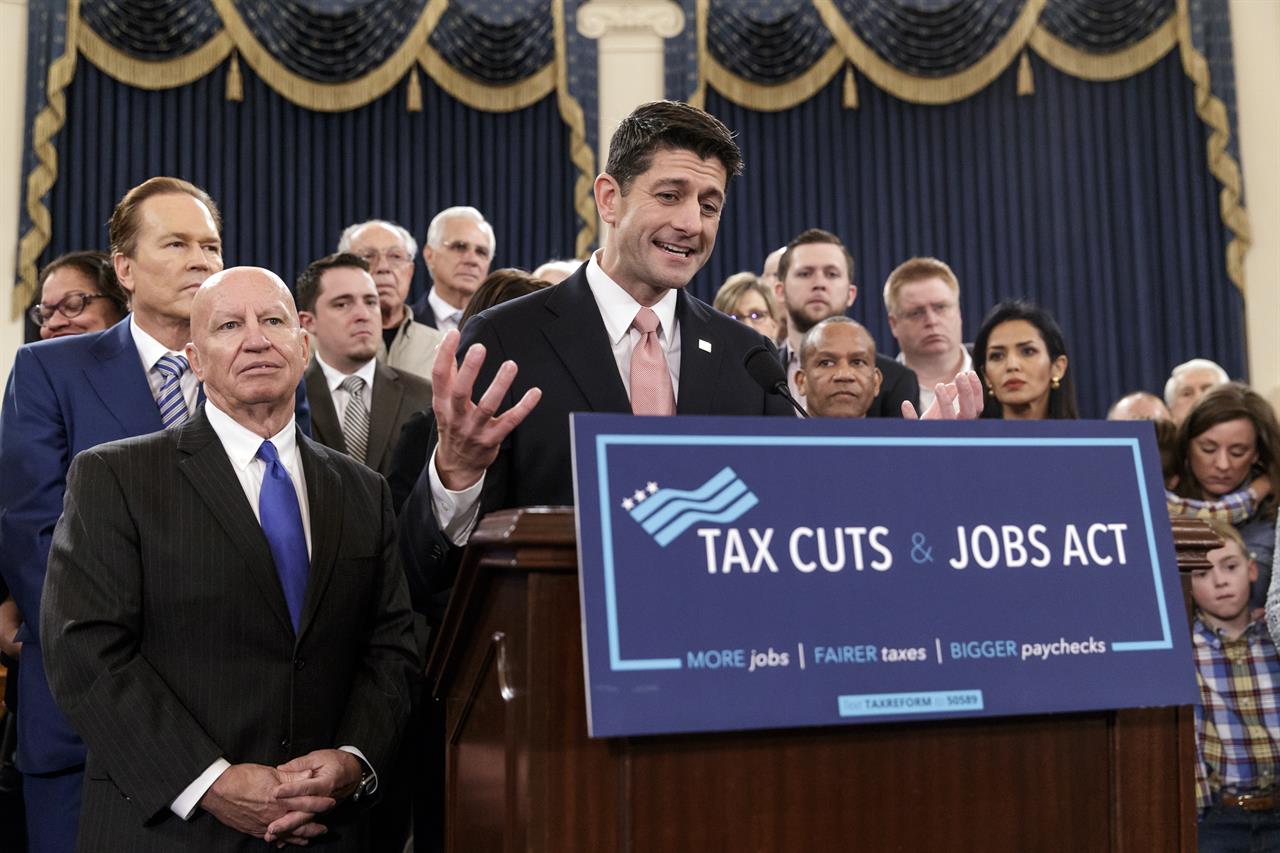 The Trump administration’s tax reform bill is on everybody’s mind this week, or will be soon if the complex piece of legislation goes through and is passed into law. But very few Americans understand the actual long-term implications that it will have on different economic segments of the population.

In this article, we outline the key points of the tax reform bill as it affects various segments.

The broader aspects of the tax cuts have been out for a while now, but until the bill was unveiled on Thursday there hasn’t been any detailed description of the plan. From a bird’s eye view perspective, the tax plan aims to cut corporate taxes and consolidate benefits such as child credit for individuals, the standard deduction and personal exemptions. It will, if passed into law, also eliminate or reduce individual deductions, as well as eliminate estate tax and the alternate minimum tax.

At a corporation level, it’s important to understand that owners of “pass-through” businesses such as limited liability companies (LLC), partnerships, sole proprietorships and S Corporations will enjoy a new low tax rate, and one of the beneficiaries of lower tax rates is none other than President Donald Trump, via The Trump Organization. In addition, eliminating estate tax on high-value properties will immensely benefit the president and other wealthy individuals as well. Trump is already worth over $3 billion, and the proposed tax changes could make him even wealthier.

Still on the matter of pass-through businesses, data from the U.S. Department of the Treasury shows that such corporate entities, on average, pay federal taxes amounting to about 19 percent of owners’ individual incomes. In contrast, owners of C corporations pay about 32 percent of their income in federal taxes. The problem here is, pass-through businesses like Trump’s employ more than half the U.S. private sector workforce and account for 37% of the total private sector payroll.

In general, pass-through businesses are mostly small to medium-sized companies, but not necessarily, as with The Trump Organization.

Another problem with the tax reform bill in its current form is that it offers disproportionately huge benefits to wealthy Americans. That’s because they benefit the most from the proposed corporate tax cuts, and they can easily exploit pass-through tax rates by setting up dummy corporations. In addition, people who earn over $400,000 and up to $1 million per year will see a significantly lower top income tax rate.

How Does the Tax Reform’s Proposals Affect Other Economic Segments?

So far we’ve only talked about corporations and the wealthy. What about the poor families of America? They were supposed to get a tax cut from a change in refundability calculations for the child tax credit. However, that’s nowhere in the bill in its current form. That credit is now only available for households making $3,000 or more. Moreover, American citizens whose parents are undocumented immigrants will be denied the child tax credit.

For those looking to buy homes, the proposed new limit on mortgage interest deduction could somewhat dampen their enthusiasm to buy a new home, and the fallout effects will hurt construction companies, lending institutions, real estate agencies and so on. That said, it could be offset by individual tax rate cuts, but the overall effect on the housing and related markets could be detrimental.

Additionally, residents of blue states could end up paying higher taxes if state and local income and sales tax deduction is eliminated, as the bill proposes. Wealthy individuals who currently benefit from these deductions, however, are likely to have their increased tax rates offset by other tax cuts in the tax reform bill that favor the wealthy.

The Joint Committee on Taxation has scored the bill as costing $1.51 trillion over the next 10 years. It’s a sizable increase, but that’s approximately what the House/Senate budget has allocated for the bill.

In conclusion, the bill is very likely to undergo major changes. One of the reasons is the deficit increase we’ve just seen. Legislation that increases the federal deficit in the long run cannot pass with just the 51 votes, per Senate rules. That means it’ll need Democrat support to hit the requisite 60 votes, and the Republicans haven’t even started courting the Democrats on this.

At least we now have a view of what the GOP wants. From here on out, it’s a question of negotiating on the nuts and bolts of various cuts and increases until the deficit can be accounted for, or enough support can be garnered from the Democrats for the current version of the Republican tax reform bill.