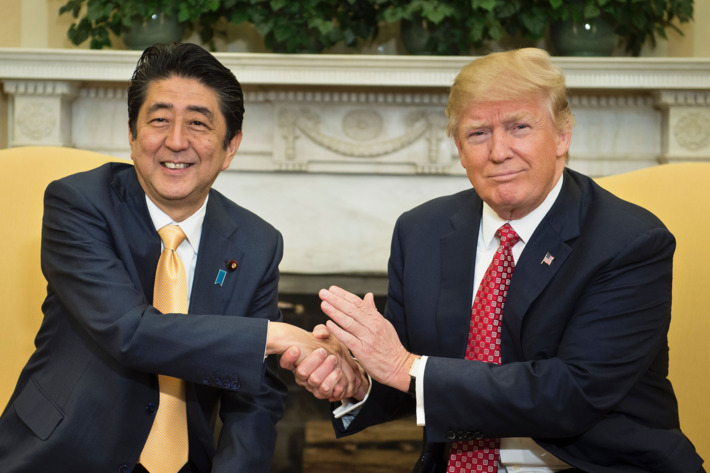 Just minutes after pitching to Japan’s top business leaders that he wanted to make the United States the most attractive place for Japanese companies to hire, invest and grow, President Donald Trump surprised the business leaders by bringing up a touchy subject.

In typical Trump style at a gathering of U.S. and Japanese business notables at U.S. Ambassador William F. Hagerty’s residence, the President candidly said that the U.S. had suffered “massive trade deficits” with Japan for several years, indicating that he hopes he can turn that around.

This was shortly after telling the business leaders that the U.S. and Japan would have “more trade than anybody ever thought” under the Trans-Pacific Partnership that the U.S. pulled out of after signing an executive order to that effect earlier this year.

Moving to the topic of automobiles, Trump complained that virtually no American cars are sold in Japan, while millions of Japanese cars are sold back at home in the states. Addressing the issue, he said that “we’ll have to negotiate that out” and that “we’ll do it in a very friendly way.”

Those statements should cause sufficient alarm to the Japanese business community as a whole. Job done, Mr. President?