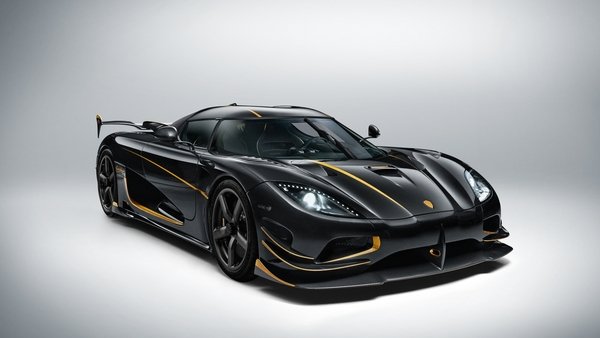 For several years Bugatti has held the two-way land speed record for a production car, which was 268 mph, or 431 km/h. But over the weekend, the Koenigsegg Agera RS blistered past that record for the second time, clocking a one-way top speed of 284.55 mph and a two-way average of 277 mph.

The first record-shattering attempt was early in October, when the same Koenigsegg Agera beat the Bugatti Chiron’s more recent 0-400-1 kmph record that was set a week earlier, shaving nearly five seconds off Bugatti’s run. While the Bugatti did it in 42 seconds, the Agera RS only took 37.28 seconds on the same surface, an old Danish airfield dating back to World War II.

This second run was supposed to happen in Germany, but bad weather put paid to those plans. Since the car, a 1,360-hp (1,014-kW) model was due to be delivered to a customer in the United States, it was decided that Nevada would form the perfect backdrop to the car’s blistering performance. Conducted on a 11-mile stretch of highway outside Las Vegas, the run saw factory test driver Niklas Lilja set the new record on Saturday November 4.

Bugatti’s old record from 2010 wasn’t actually the production car land speed record, but it was the fastest in a two-way run, which is what the Agera had to beat. The one-way record was held by a Hennessey Venom GT, which recorded 270.49 mph (435 km/h).

So, for now, Koenigsegg holds the record for the fastest production car in the world, but Hennessey recently unveiled the Venom GT’s successor, the Venom F5, a 1,600 bhp road monster that’s expected to pierce through the 300 mph barrier.

We’ll be there to bring you breaking news if the Venom F5 does manage to crack through that barrier. If the run is successful, it will put a huge gap in front of the current Agera RS record that’s going to be very hard to beat – until the next major hypercar comes along, that is.