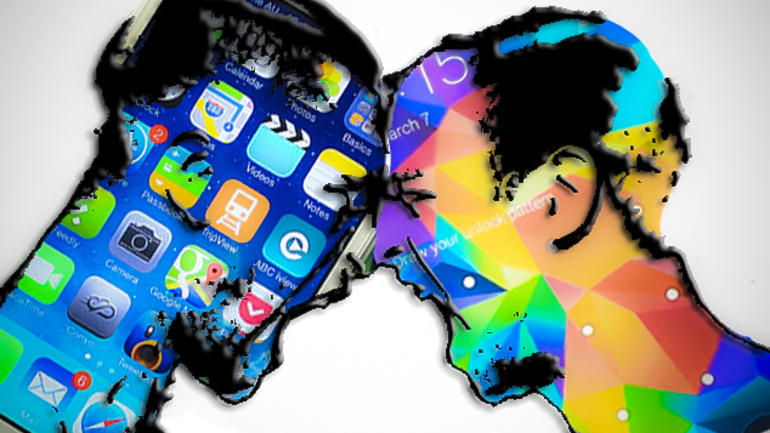 In a well-made video taunting the Apple iPhone and simultaneously advertising its Galaxy smartphones, Samsung ruthlessly mocks Apple’s devices while highlighting its own place at the forefront of smartphone innovation. The video is a snapshot of a man’s life and struggles with various Apple iPhone models from 2007 through 2017, ending in the actor finally conceding and buying a Samsung Galaxy device.

The light-hearted video shows the man using various models of iPhone through the years, while his girlfriend’s Samsung Galaxy editions repeatedly come out on top. In a simple, 60-second video, Samsung was able to capture its own speed of innovation versus Apple’s leaden feet on everything, and the video beautifully brings out an Apple user’s frustrations about several things, including long queues outside an Apple Store, lack of waterproofing, no stylus support, inconvenient texting, no wireless charging and using complicated wires and dongles, until the actor in the ad finally throws his iPhone into a drawer and unboxes his brand new Galaxy phone.

The ad is very catchy, and artfully brings out a very important aspect of Apple and its strategies and innovations around smartphone development. Or, rather, the lack of innovation that Apple has exhibited since launching the very first iPhone more than 10 years ago.

Samsung has been at the forefront of hardware innovation as far as smartphones go, and Apple does leave a lot to be desired. With its standoffish attitude towards the broader smartphone market, Apple’s ultra-premium positioning is perfectly embodied by the latest iPhone X that started shipping last Friday, November 3.

In very objective terms, the iPhone X is not really an innovative device. None of its features can be called revolutionary, although some amount of creativity has gone into the design, no doubt. But overall, it appears to be something that’s been hurriedly put together just to show the world that Apple still has that “wow factor” that was in the original iPhone. I doubt that very much, to be honest.

The company is still showing sales growth for its most famous product, but the glory days of iPhone are very likely over. Unless Apple can come up with something truly game-changing, like a phone that folds out into a tablet and can seamlessly plug into a larger monitor for a desktop experience, iPhone could well be on its way out of fashion. Using OLED, introducing wireless charging only now and losing 3.5mm ports just isn’t going to cut it any more.

To be fair, it’s not easy for a company to stay at the bleeding edge of innovation. But Apple didn’t even try. Samsung did, and is now consistently at the top of the smartphone market around the world, even in pockets where Apple has a sliver of market share because of its pricing.

Here’s Samsung’s video, by the way: