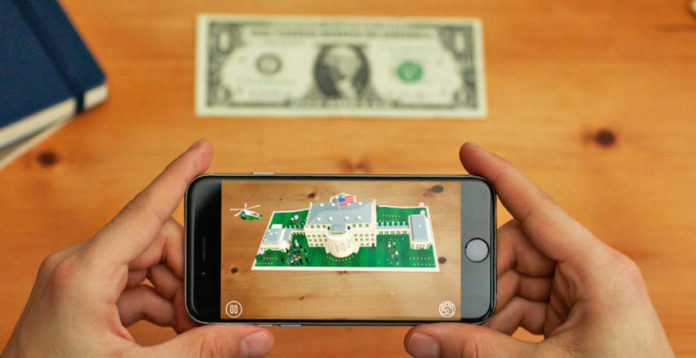 Google is confident that augmented reality will be within reach of “hundreds of millions” of Android device users in 2018. During a talk at the Web Summit tech conference in Portugal (Lisbon) Tuesday, Google’s VP of business and operations for virtual reality said:

“There will be hundreds of millions of phones that will be AR ready. And the current stage is … we are helping developers … build the experiences … so that it becomes a daily habit. And once it does, I suspect the natural evolution of monetization comes through.”

Google is counting on AR to be available in at least a 100 million Android device by the end of 2017, expanding to hundreds of millions next year.

As we approach the New Year, we’re seeing all the top companies invest in virtual reality in its many forms, including pure VR, augmented reality and mixed reality. And the investments are in already in the billions. Per data from Digi-Capital, total investments in AR and VR over the past 12 months has already gone past $2 billion. 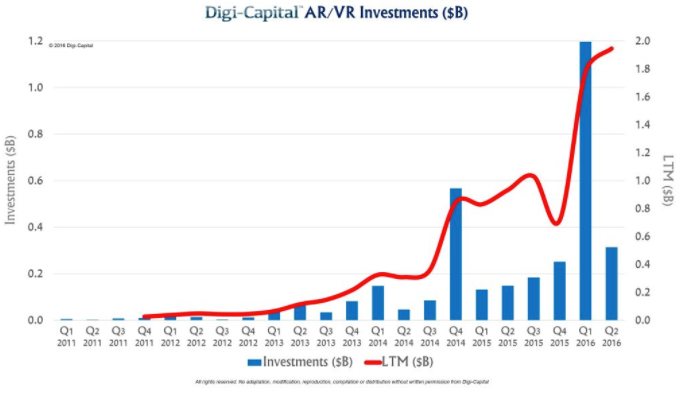 Apple is one of the companies investing heavily in AR. Their recently-launched ARKit is basically a framework for developers to build AR experiences for Apple device users. In a recent interview with The Independent, Apple CEO Tim Cook said a lot about the future of AR and Apple’s role in its development:

“Cook claims that shopping will be changed “entirely” by augmented reality, and says that he doesn’t think “anything will be untouched”. It brings together the two difficult forms of shopping today, both brick and mortar and online, in a way that could let people see the entirety of a dress by walking around it, as if they were in a shop, but from the comfort of their own iPhone.” – Independent

Facebook, which has already invested its own billion in Oculus, launched Facebook Camera Effects in April this year. The feature lets devs use its AR Studio to create AR environments for their own customers.

Microsoft is pushing hard in the commercial and industrial segment with its more expensive HoloLens, calling it Mixed Reality.

Any alternate reality, whether it’s purely virtual or a mix of the real world and virtual elements, will take years to gain traction in the consumer market. There are several problems such as nausea, lack of any meaningful content, price points on most worthwhile headsets and other problems that face the augmented reality industry.

Those problems are being solved one at a time, but now that nearly every large company in the tech space is seriously looking at AR as part of its future, things could move just a little bit faster towards the ultimate goal of AR being a mainstream industry with a robust body of both hardware and software at all price points.

Google’s predictions on augmented reality and its expanding reach may not come true in the real sense, but it certainly represents the voice of technology giants.