Salesforce.com, the Number One player in the CRM cloud software segment, has just given a booster shot to its already-surging stock price by disclosing its revenue estimates for Fiscal 2019. The company expects 2019 revenues to come in in the $12.45 billion to $12.5 billion range, representing a 20 percent year-over-year growth over the Fiscal 2018 estimate of $10.4 billion to $10.35 billion. 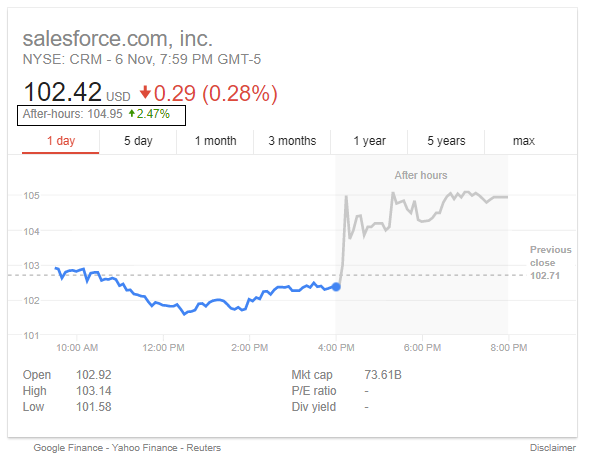 Salesforce.com’s stock price rose nearly 2.5% during after-hours trading on Monday. The company is not new to posting double-digit growth rates, having delivered consistently in the 20% growth range for the past several years.

But the landscape in which they operate has been completely upended by the growth of Software as a Service as a vital component of cloud computing. The emergence of Microsoft and Oracle as powerful players in the game should have hit Salesforce’s growth projections, but doesn’t seem to have had any significant negative impact on the software company’s projections for next year.

Both Microsoft and Oracle have seen their SaaS products grow at impressive rates. Microsoft’s purchase of LinkedIn last year for $26 billion was intended to help its Dynamics 365 offering mount a direct attack on the cloud CRM and ERP segments. Dynamics 365 has grown in excess of 69 percent, year-over-year, in the last three quarters. On the other side, Oracle is targeting $10 billion in annual revenue from SaaS products, and the segment has already been growing in double digits for the past two years or so.

While Microsoft and Oracle are targeting the CRM and ERP segments with their cloud products, Salesforce.com remains laser-focused on its strong suit, CRM. But the competition creeping up behind them is what makes Salesforce.com’s projection of 20 percent growth in Fiscal 2019 that makes it commendable. 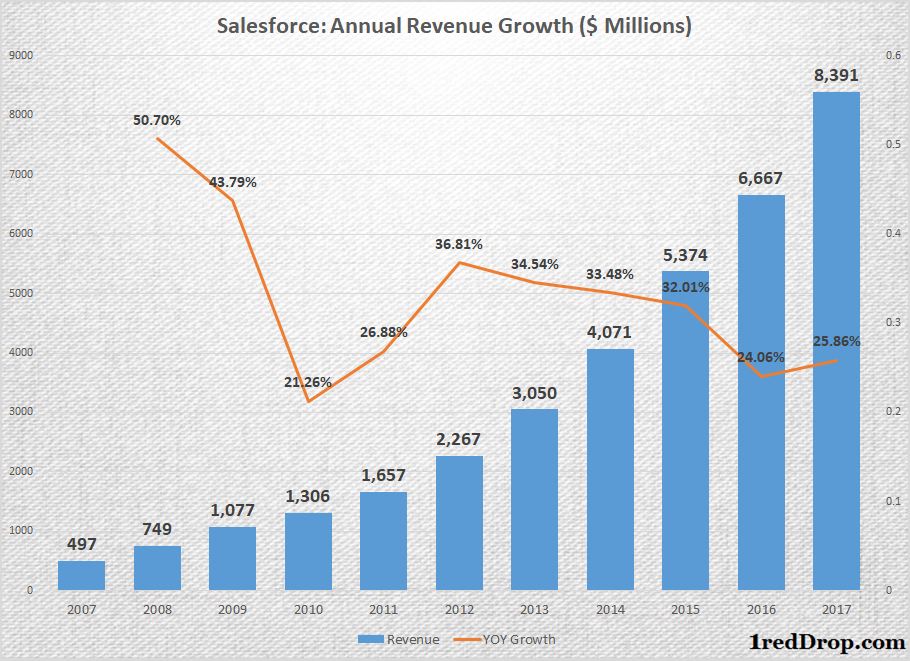 As a matter of fact, there’s a good chance that Salesforce.com is actually lowballing its revenue and revenue growth estimates for 2019, since the company has historically achieved much higher levels, having hit 26 percent revenue growth in Q2 of the current fiscal. Either that, or they do expect to feel the pinch from the aggressive efforts of Microsoft, Oracle and others.

Salesforce.com will be holding its annual investor day at the Dreamforce conference in San Francisco on Tuesday, and will report its third quarter earnings later this month, on November 21.