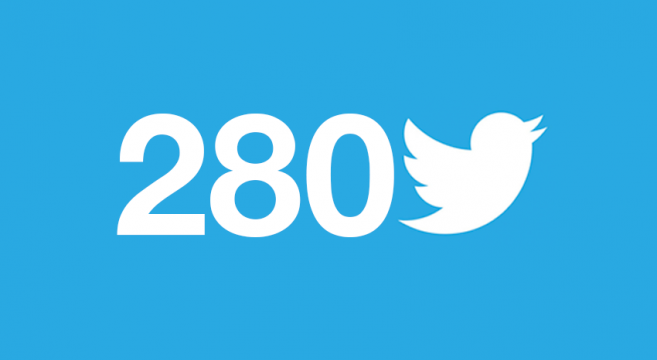 After more than a month of testing the new feature, microblogging site Twitter has rolled out its new 280-character limit for several languages where “cramming” was a problem. Back in September, Twitter started testing the feature with limited users, and they made some interesting observations.

What they found of import was that, despite expanding the limit, only 5% of the tweets sent in the tests were over 140 characters, and only 2% went over 190 characters. Just 1% of tweets hit the 240 limit. For reference, a tweet with an image is actually bigger than one with 190 characters.

The expanded limit will not be available in languages like Chinese, Japanese and Korean, but most users of other languages should be able to see the limit increase when they now tweet.

The testing validated at least three of Twitter’s assumptions: that people would hit the limit fewer times, that it would boost engagement and satisfaction of usage, and that it would not lead to longer tweets, overall.

It’s no surprise that test tweets went over the limit only 1 out of 20 times, because Twitter users are now psychologically tuned to keeping their say “short and tweet”. Years of mental training has forced people into a box. Now, most of us won’t be able to go over that limit unless we made a conscious effort to do so.

So, why did Twitter decide to change the one thing that differentiated it from other social media platforms? The truth is, they found some compelling evidence that user frustration was forcing people to do multiple edits before sending a tweet, and that some of them were even abandoning their tweets because they couldn’t quite get their thoughts to fit a 140-character limit.

The company also says that the change should not substantially change the number of tweets that a user sees in their feed without having to scroll down.

With usage on a very slow growth path in the United States, this major decision could well attract users (back?) to Twitter and help the company grow their monthly active user numbers in a meaningful way. As we mentioned in an earlier article called Twitter First Needs to Win the United States before Conquering the World, their growth in the U.S. is far more critical to future revenue growth than the strong performance they’re showcasing in international markets at their quarterly earnings calls.