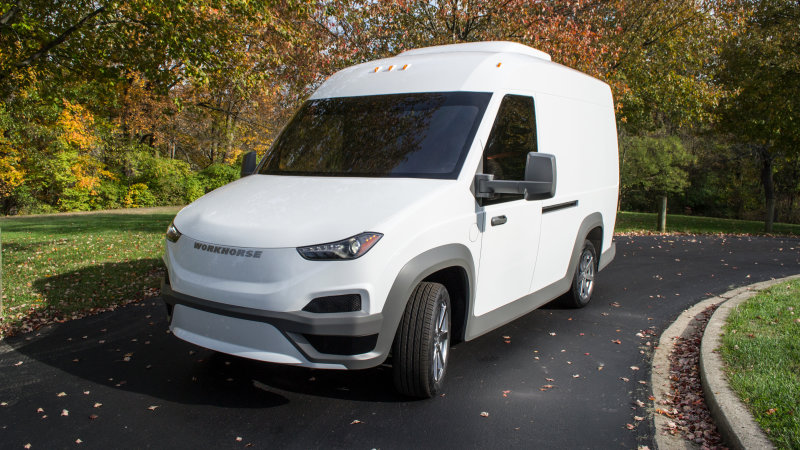 Ohio-based Workhorse Group Inc. announced Tuesday that tests with the N-Gen electric van will commence in cities in California and Ohio. The commercial electric vehicles manufacturer is already deployed in 14 states across the U.S., and has logged 2 million miles so far.

Workhorse’s production has moved from 0.7 vehicles per day in the first quarter of 2017 to the current 3 vehicles per day during Q3, a four-fold increase in about nine months. The N-Gen electric van, which is expected to provide a 100-mile range, has recorded 60 to 65 MPGe efficiency during early on-road testing. There’s also a gasoline extender that will increase the range to a further 75 miles, but it’s optional.

The vehicle is made with lightweight composites to help its range. With an ultra-low 19-inch floor and 105-inch roof height, it makes the driver’s job easier, helps reduce knee injuries and maximizes available cargo space.

Standard options on the N-Gen include lane centering, automatic braking, and all-wheel drive. All van parameters are tracked via the built-in Workhorse Metron telematics system, which helps find the right balance between efficiency and performance. New models with 700 and 1,000 cubic foot capacities and configurations for municipal use or telecomm service are planned for late 2018.

According to the CEO of Workhorse, Stephen Burns:

“The new N-Gen platform represents a new day for last-mile delivery. With agreements now in place to test and operate N-Gen vehicles in several cities across the United States, Workhorse continues to be on the front edge of transformative innovation in the commercial transportation sector.”

Workhorse already numbers UPS and FedEx as its clients, and the company recently completed the delivery of 73 E-GEN range-extended commercial electric vehicles against UPS’s order of 200 such trucks.

Last-mile delivery is a major cost component for the e-commerce industry, and reducing the associated costs have become a priority for parcel delivery leaders like UPS and FedEx. As e-commerce delivery volumes keep increasing every year, companies like Tesla, Daimler and Workhorse are already gearing up to address the growing need for commercial electric vehicles.

Nissan Starts Production of 200 miles plus Leaf based Sedan ‘Sylphy’