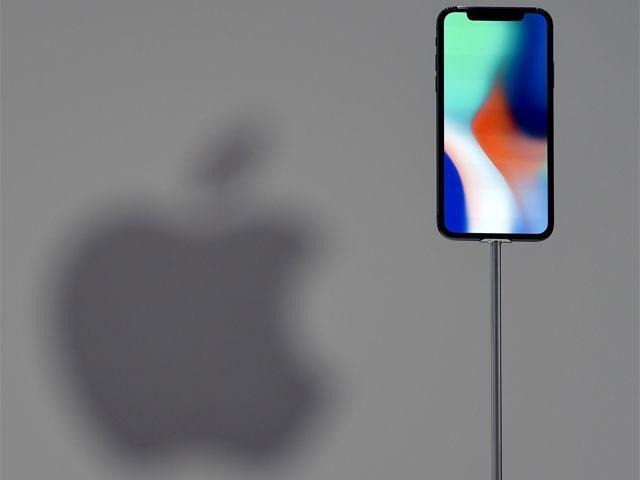 For the first time in its history, Apple’s market capitalization went past $900 billion. Apple’s stock price closed trading on Thursday, at a 52-week high of $176.24, giving the Tim Cook-led company a valuation of $904.871 billion.

There have been plenty of contenders in the list of companies that could become the first trillion-dollar company in the world. Facebook, Amazon, Alphabet, Microsoft and others are still in the game. All these tech majors have been reporting double-digit revenue growth rates in the recent past, and it was not surprising to see Wall Street showering praises on them, but not many really thought that it would be Apple who would get close to the trillion-dollar milestone faster than anyone else.

Part of the reason why the market underestimated Apple’s chances to hit a trillion dollars in market valuation is because Apple’s mainstay, the iPhone, which accounted for nearly 61.6% of the company’s revenue in 2017, is facing a tough environment for growth.

Smartphone penetration in the developed world is already at an unprecedented high, and Apple’s premium positioning effectively cuts down the volume advantage typically seen in developing markets. iPhone’s cost has already touched $1000, which is lot more than the average monthly salary a lot of people make in developing countries.

For a really long time, Apple was trading at 15 times earnings, and often going well below that, while the Google’s and Microsoft’s stayed well above the 25 times earnings valuation, Facebook has been above 30 for a very long time, and let’s not even talk about Amazon’s valuation ratios.

So, as iPhone’s growth prospects looked slim, the Cupertino tech giant was comparatively undervalued among the tech majors. And, despite hitting its 52-week high yesterday, Apple’s current price to earnings ratio reads 19.17, still the lowest in the group of top ten most valued companies right now.

But the success of iPhone X has indeed changed the perception about the company. They have proven that it is possible to sell a $1000 phone and you will still have people waiting in lines to get them. How many other companies would even be able to think that it is a possibility? iPhone sales are yet to once again touch the all-time high of 231 million units the company sold in 2015, but Apple has shown that it is no pushover, and it can keep selling more than 200 million iPhones every year.

With the company’s revenue from services growing at steady pace thanks to the growing clout of Apple Music and Apple Pay, there is a very good chance for it to keep its sales growth needle moving over the next several years; and with that, Apple now looks like the frontrunner in the race to be the first company to cross the trillion-dollar valuation barrier. Hopefully, they’ll be able to do it before the next quarterly earnings results come.