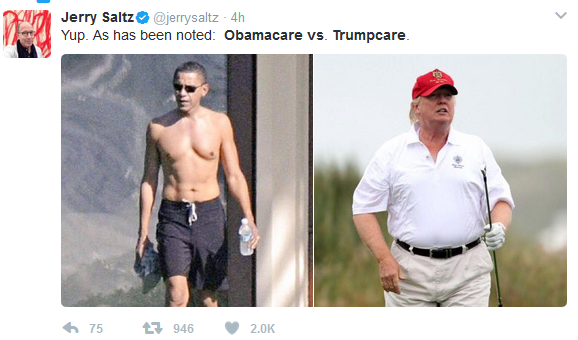 After the Trump administration cut 90% of the government marketing budget to publicize Obamacare, Uber Technologies, Inc. and a few smaller tech companies are now encouraging their contract workers to enroll in the health program.

Rather than being a political act, Uber is talking about its campaign as its response to the growing needs of its driver base. The campaign is part of an initiative that began in June that aims to foster better relationships between the company and its drivers, and includes tipping drivers through the smartphone app.

For a lot of companies in the Valley, including ride-hailing majors like Uber and Lyft, freelance and contract staff are a core part of their business model. On a more political note, these same tech companies have also been the most vocal, in the corporate world, against President Trump’s often disturbing executive orders and policies.

Starting Friday, Uber plans to hold driver events in as many as 28 cities across the United States, the purpose being to offer personalized assistance to sign up for insurance plans under the Affordable Care Act, commonly called Obamacare. Or, to use the Twitter reference, #obamacare.

Experts are predicting that 2018 enrollments in various insurance programs are likely to reduce on the uncertainty of the ACA’s future. Though Trump has repeatedly failed to have the Act repealed (and it’s not on the agenda for the proposed tax reform, either), the general public is wary of the bitter political debate and, therefore, worried about taking on an insurance policy that’s under the gun.

Republicans say that former U.S. President Barack Obama’ health care law is driving up consumer costs, not to mention impinging on personal medical choices. Democrats as well as independent assessments have shown that millions more Americans will be left without any sort of health coverage if the Act is repealed.

Trump has tried everything to destabilize the ACA, even going so far as to threaten to halt the subsidies insurers receive. In addition, the Health Department has already put doubt in the minds of the public about enforcing the tax penalty if they refused to sign up for health insurance, the funding for advertising the program has been cut, outreach groups have also had their funding cut and monies intended to advertise the program have been re-routed to propaganda that calls for the law’s repeal.

That’s not all. They’ve even cut the open-enrollment period by 45 days, and announced that healthcare.gov would be down for “maintenance” on Sundays during the period.

Uber has been a supporter of Obamacare for some time now. Its former CEO and co-founder, Travis Kalanick has said in the past:

“It’s huge. The democratization of those types of benefits allow people to have more flexible ways to make a living. They don’t have to be working for The Man.”

Uber has declined to provide information about the budget for its promotional campaign.