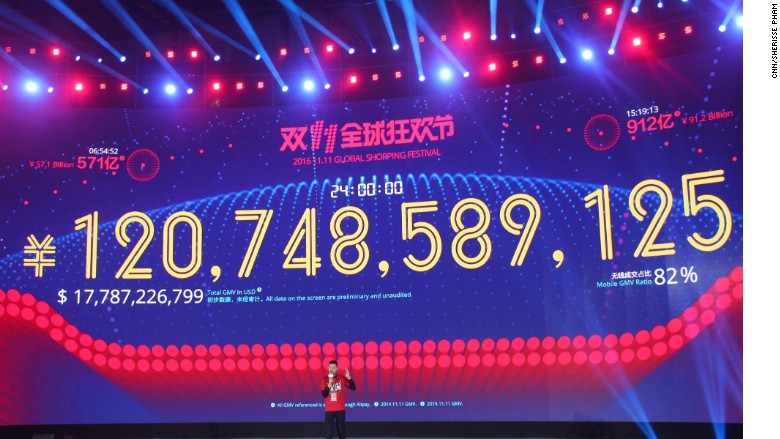 Chinese e-commerce juggernaut Alibaba says that it hit a record $18 billion in sales during its Singles Day special online event, and that’s just until shortly after midday on Saturday. That means total sales for the day could well be double that or more.

What is Singles day?

Singles Day is a Chinese holiday to celebrate the single status of the nation’s unmarried population.

In 2009 Alibaba starting a cybershopping holiday event around it similar to Cyber Monday in the United States.

Since then, the online sales extravaganza has become an annual 24-hour shopping ritual, and the largest of its kind in the world.

How Fast is Fast?

Hey, thanks for visiting. We’re just a small team working extra-hard to help you cut to the chase on the most important news from around the world, so we’d appreciate your help spreading the word. Come join us on: Facebook and Twitter