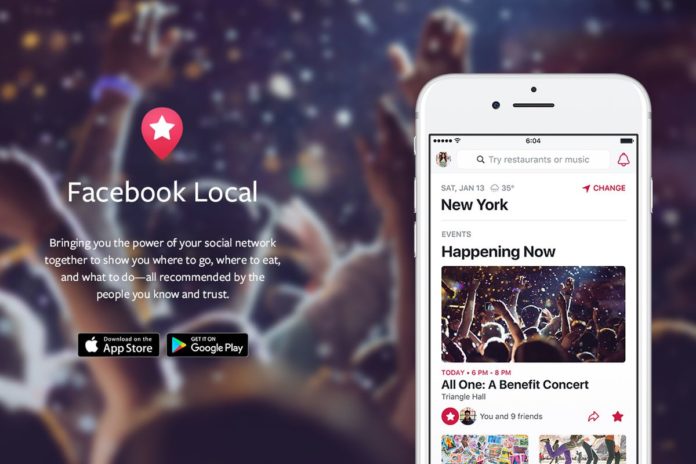 The previously-known-as-Events app is a key piece to Facebook’s user engagement strategy.

Before the advent of the app and, arguably even now, Event pages on Facebook’s main platform was a useful feature that was widely used to advertise events and invite users to attend.

When it was launched last year, the Events app brought everything into one dedicated app, which was extremely useful for groups of friends to see what parties were happening and where.

Facebook Local takes it a step further, making more user-friendly for anyone. The new Local homepage shows you shortcuts to eateries, pubs and other attractions, but it also retains the unique user-recommendations-based format of the earlier version.

Basically, if you’re new to a place but you have Facebook friends living there, you can see where they like to hang out.