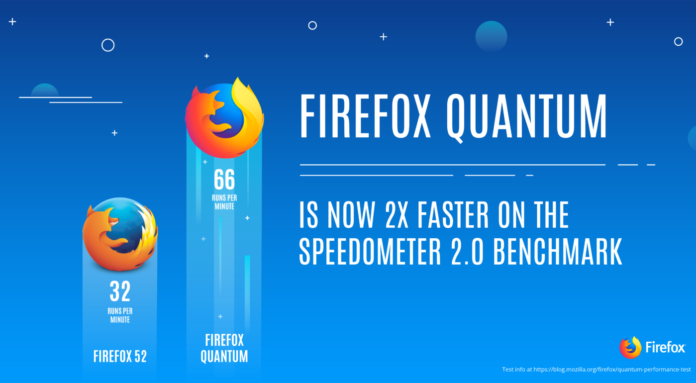 Mozilla has revealed Firefox Quantum, which is version 57 of the foundation’s open-source web browser.

It’s an attempt to take on the second biggest tech company in the world, Alphabet, Inc., on its own turf.

Firefox Quantum will be able to better leverage the multi-core processing power on the latest computers. For example, it can run additional tasks simultaneously with web page styling.

Firefox v57 boasts the Servo browser engine, which helps prioritize resources for the active page in view as opposed to pages open in the background.

It also uses Photon, a new design that high-resolution displays can take advantage of.

More importantly, the new Firefox Quantum is faster than Google Chrome, even when handling Google’s own webpages.

According to Mark Mayo, SVP of Firefox at Mozilla:

“This is by far the biggest reboot we’ve ever done. Lots of Chrome users used to be Firefox users, so one of our explicit goals is to take users back from Chrome.”