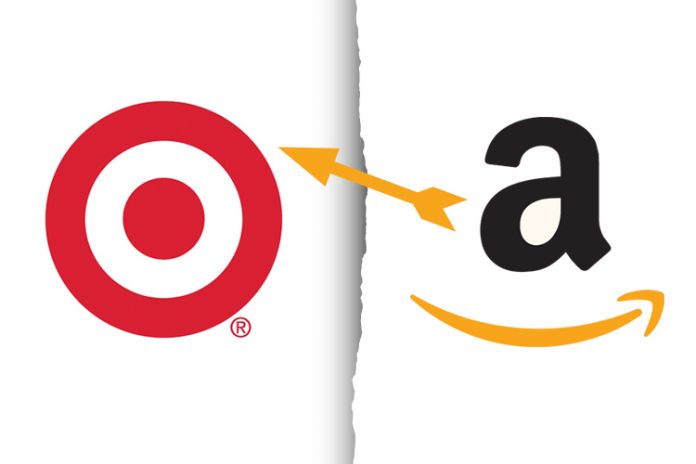 Last week, Loup Ventures analyst Gene Munster predicted that Amazon will buy Target in 2018. Although industry insiders aren’t so sure that this is actually going to happen, here’s why a Target acquisition by Amazon would make sense.

Let’s look at this from Amazon’s perspective. What does the retail juggernaut need at this point that its rival Walmart is leveraging against it in a big way? Two things: Food and Footprint. In other words, a strong grocery and fresh foods business, and a large physical presence across the United States.

In part, Amazon managed to get both with its acquisition of Whole Foods Market last year, but that’s nowhere near enough. Why not? Because Walmart is breathing down its neck and offering things to its customers that Amazon just can’t offer to its own, at least not right now.

One of these is a robust food and grocery offering that’s fresh every day. Amazon has been struggling for more than a decade to launch a successful fresh foods business, with little to show in terms of results. It finally gave in and bought an existing player in the space, but that’s not going to take Amazon all the way past Walmart.

The next phase of the Amazon-Walmart war only just getting started. This is where Walmart kindles a fire (ooh, that’s all sorts of pun!) under Amazon and turns the tables on the e-commerce upstart that’s been threatening to upend the ages-old retail industry for the last twenty years.

That phase has just begun with Walmart moving aggressively into the online space by leveraging its supply chain and massive physical presence in the country.

Acquiring an asset like Target will be invaluable to Amazon for the two reasons I mentioned. Let’s look at some numbers as we look to validate this.

But, remember, there’s a lot of “fluff” in there that’s not customer-facing, like sortation centers and airport hubs. Nevertheless, we’ll take the whole count into consideration.

With the WFM acquisition came about 365 stores in the U.S., taking that total up to a little over 700 facilities.

Coming to Walmart, the retail giant has 5,412 locations in the United States across all its formats including Sam’s Club.

That means Walmart has a physical presence more than seven times the size of Amazon and Whole Foods’ combined facilities and stores. Adding Target’s numbers would include another 1,834 stores and 39 distribution centers in the United States, bringing its total footprint to about 2,500.

That will bring it to a little under the halfway point in comparison with Walmart’s 5000+ stores. Though it might seem like their objective won’t be achieved, it will nonetheless be a massive boost to its operations.

The other area is food and groceries, where Walmart has nearly 15% market share, Whole Foods has 1.2% and Amazon has 0.2%. 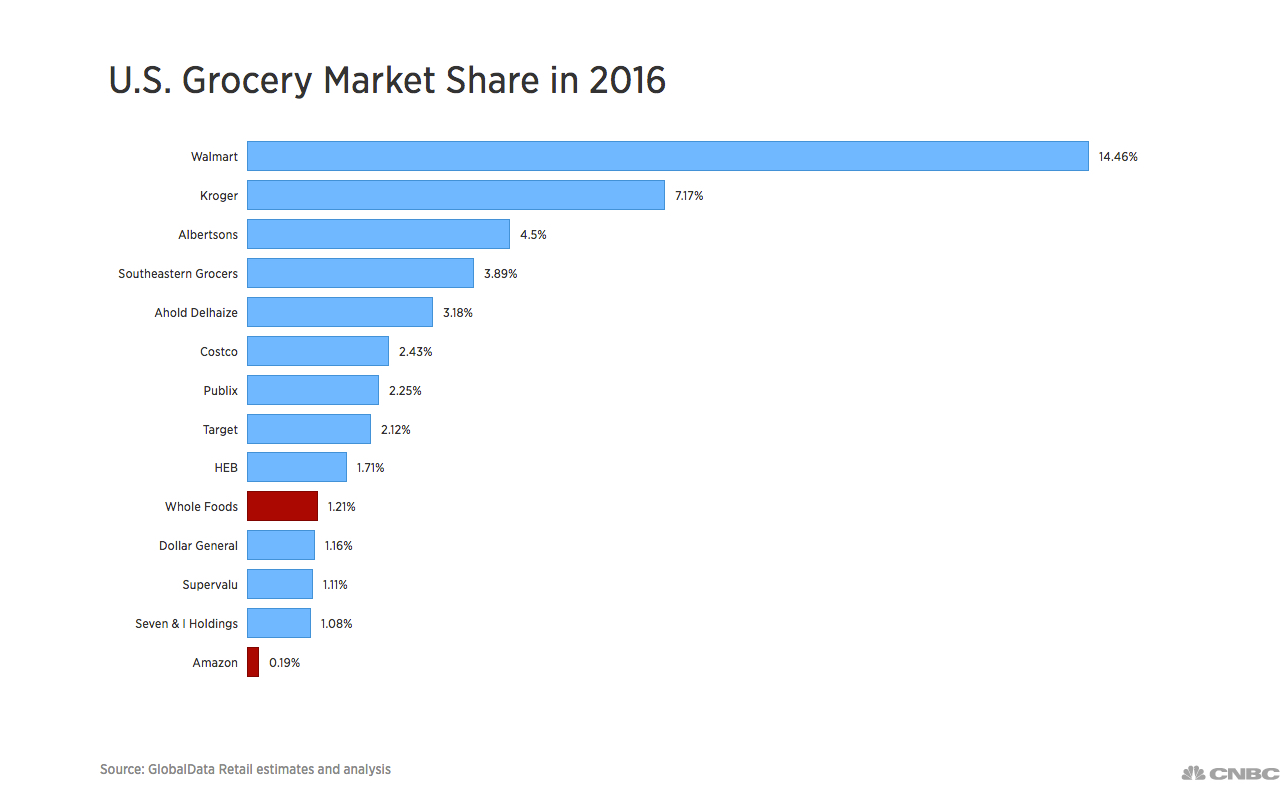 Adding Target’s share would take Amazon’s total to about 3.5%. Again, not a match for Walmart’s massive share, but at least it will more than double Amazon’s current total share of 1.4%.

In summary, acquiring Target will allow Amazon to own about half the store count of Walmart and about a fourth of Walmart’s grocery market share.

Is that incentive enough? It should be. After all, it will add billions to Amazon’s top line every year, give it a more robust physical presence across the country and bump it up the grocery market share rankings in the United States.

Other major benefits include reduced cost of returns, lower shipping costs and so on.

But, most importantly, it will put Amazon in a position to compete with Sam Walton’s giant or a much more even scale than currently possible.

The only question is, will Amazon make an offer for a company that has a market capitalization of around $37 billion? Whole Foods Market had a market cap of only a third of that before being acquired. Would Amazon be willing to spend three times that much money to gain all the above benefits?

I don’t see why not. A lot of analysts are saying that Target lacks any core competencies other than home, food and apparel, that it has a lot of overlaps in areas where Amazon is already strong, and so on.

The real question that Amazon will be asking is this: how much closer can this acquisition get us to Walmart, and is it worth the money in the long run? If Jeff Bezos and his team find satisfactory answers to the two parts of that question, you can bet they won’t hesitate to put an offer on the table.

What is Amazon WorkLink?