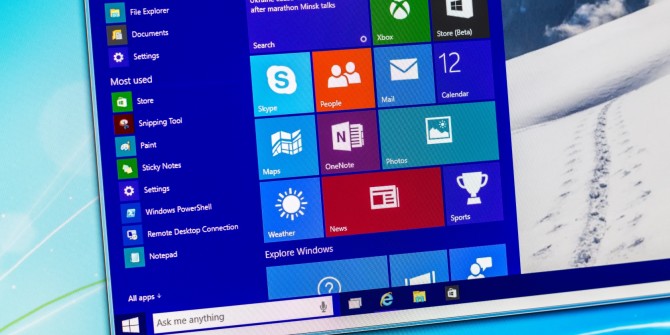 What is Windows GodMode?

Windows 10, Windows 8 and Windows 7 have a special feature that lets you create a new folder that automatically populates with over 200 settings and tools that you would normally find in the Control Panel, and other menus and windows.

In short, if you want to do everything from one single folder – from defragmenting your disk to accessing Device Manager to opening Task Manager to changing peripheral settings to hiding/showing file extensions and just about any other kind of customization – then GodMode is exactly what you need. 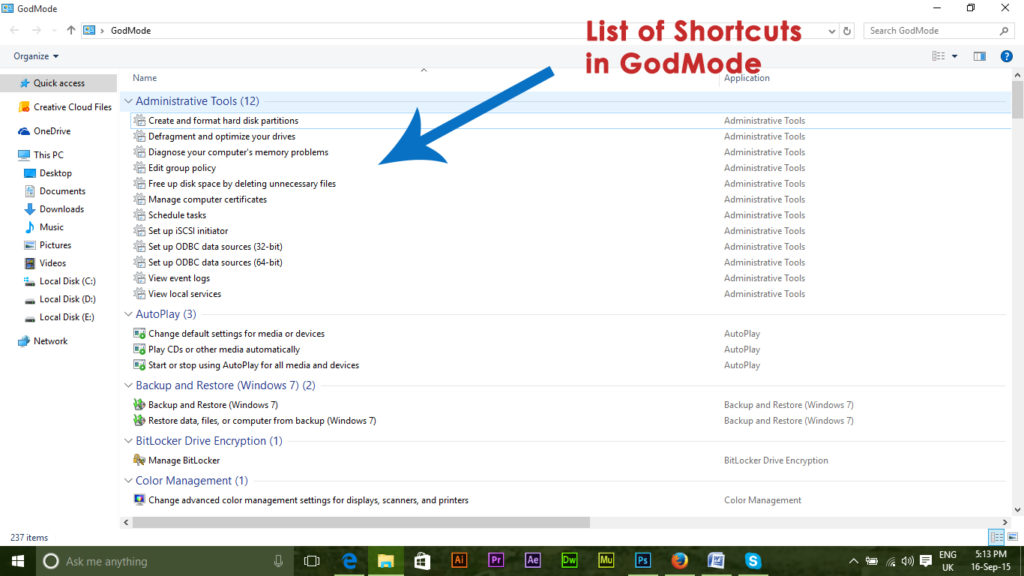 The process of creating a GodMode folder is surprisingly simple.

First, you need to create a new folder. Just anywhere you want.

Second, when asked to name the folder, input this in the folder name field:

“God Mode” is a custom name, but you can call it anything you want. Personally, I love the name God Mode because it represents the omnipotence you’ll have over your computer’s settings!

Once you’ve done that, the folder icon will change to that of the Control Panel, and the folder will be called whatever you named it – minus the rest of the text you input in the name field.

A word of warning, though: if you convert an existing folder with other files in it into a GodMode folder, all of those files will become hidden when GodMode is activated. But there is a way of reversing this.

If you’ve created a special folder for GodMode, then to remove it all you need to do is delete the folder. However, if you’ve converted an existing folder with other files into a GodMode folder, then DO NOT DELETE THE FOLDER, otherwise you’ll lose all the data in that folder.

You can’t use WinExplorer to rename the GodMode folder to its original name, but you can rename it through the Command Prompt. Open the prompt and put this text in:

Instead of “anyname”, you can use any other folder name. Once the folder name is changed, all your hidden files will reappear and the folder itself will become an ordinary mortal, as it were.

Why You Need GodMode – And Why You Don’t

First of all, GodMode is a great way to put everything in one place so you don’t have to use multiple methods and several steps to go in and tweak basic or advanced settings. It makes it convenient, and you can have the folder placed anywhere – your desktop, a folder you regularly access, etc.

That’s a good reason to activate GodMode. However, you should be aware that it doesn’t actually give you any new features or tweaks. All it does, as I said, is put everything in one place. That means you don’t actually need GodMode unless you want the convenience it offers.

A final word of caution: GodMode also works on Windows Vista, but only on the 32-bit version. Using it on a 64-bit version could crash your operating system; it’s been known to happen.