Apple’s HomePod speakers are really cool, aren’t they? Notwithstanding the fact that Siri is behind the curve on many things that Alexa and Google Assistant can do, the HomePod is, after all, an Apple device. Software updates to the device are automatically installed, but the updates often come quite a while after they’re released. Here’s how to force-update your HomePod smart speaker software without waiting for Apple to push it through. 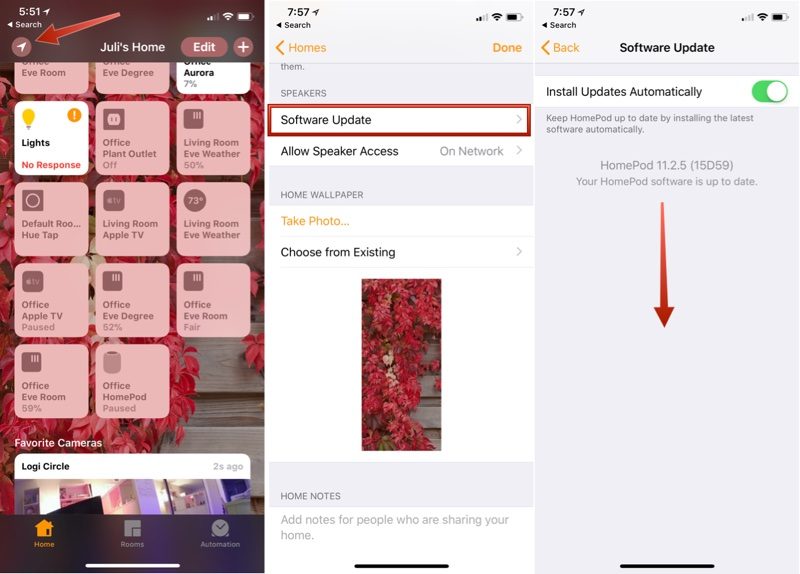 The Home app is your starting point. On your iOS device, open up the app and tap on the arrowhead icon on the top left of your screen. It looks like this:

From there, tap on Home Settings and select “My Home” or whatever you’ve renamed it to on your HomeKit setup.

Once you’re on that page scroll down to where you’ll see “Software Update” and tap on it to open the update page.

On the update page you should be able to see the current software version and build number. If you swipe down from the top you’ll be able to check for any available updates.

If there are any updates that haven’t been applied automatically yet, just tap “Install”. What this does is update all of your HomePod devices at the same time, in case you have multiple units.

And it’s as simple as that. The manual update process isn’t that intuitive as you can see, but a little digging into it can help you get updates faster than normal.