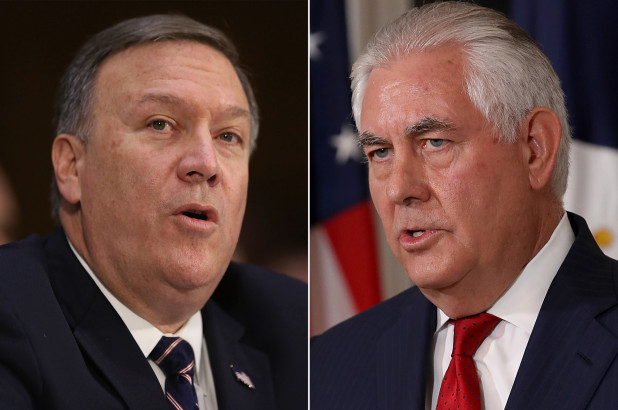 14 humiliating months after leaving as CEO of Exxon Mobil and serving in a key position under one of the most “difficult” presidents the U.S. has ever had, Rex Tillerson today was fired from his post as the U.S. Secretary of State.

It’s one thing to be dismissed from your position, but entirely another when your boss announces it on Twitter without even the courtesy of a personal phone call. And it’s worse when The Washington Post hears about it before you do.

As with most of the White House staff that’s “left the building” over the past year, Tillerson’s relationship with Trump was filled to the brim with frustration, animosity and no small measure of mistrust. Mutual verbal innuendo and outright attacks were the order of the day, but Tillerson’s demeanor throughout what can only be called an ordeal, has been mostly civil and always patriotic. That can hardly be said of Trump’s behavior since he took the oath more than a year ago.

In a statement on Tuesday prior to his departure, Tillerson pointedly refrained from thanking Trump, but did thank his diplomat colleagues for their “honesty and integrity” and the American people for their “acts of kindness.”

Word of Tillerson’s possible exit from the Trump administration actually came back in November 2017, when rumors – now proved mostly accurate – floated around that he would be replaced by CIA Director Mike Pompeo. That report, based on an anonymous tip to the New York Times, also indicated that Sen. Tom Cotton (R-Ark.) would replace Pompeo at the CIA and had already signaled his willingness to take the offer. However, Trump’s nominee for that job is now Gina Haspel, who could become the first woman ever to head the intelligence agency.

The Senate must now approve the confirmations of both Pompeo and Haspel.