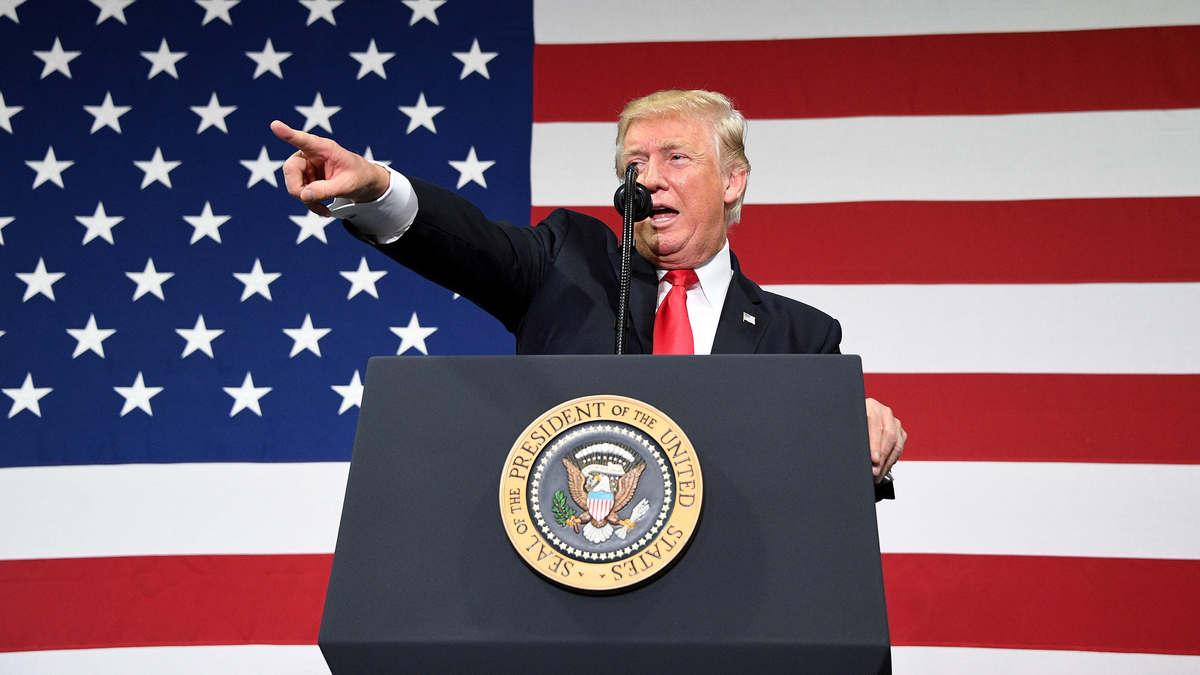 “You lying scumbag” is something you might expect from an ill-mannered pre-teen brat cussing a friend, but not from the leader of the free world. Nevertheless, today saw President Trump utter something very similar on Twitter after advance copies of former FBI Director James B. Comey’s new book surfaced.

“Weak and untruthful slime ball” is what Trump called Comey, adding that “It was my great honor to fire James Comey!” Obviously, he’s read the book. Or at least had one of his aides convert it into an audiobook for him already. With Trump, you never know. Maybe it was just bullet points, to give him the benefit of the doubt.

We’ve always known that Trump isn’t as mature as he looks, but is this a new low he’s just hit? After all, what is a slime ball, really? What’s a scumbag, for that matter? A ball of slime can be a good thing, you know, especially when you’ve just fished it out of the drain and you’re plumbing’s all fine now.

The more Trump tweets the more embarrassed the American public becomes in the global eye. I’m pretty sure even the Queen of England did a facepalm when she heard the phrase he used, thinking “for f***’s sake, that’s not my English!”

Trump has gone far beyond being a ridiculous character. He’s a dangerous ridiculous character. Fortunately, he’s also a coward, as we’ve seen in his direct dealings with the leadership in Russia and China. His rhetoric strikes the right notes with the average American Joe, but his demeanor in front of seasoned and stalwart political exponents such as Putin and Xi is one of a chastised child mumbling his displeasure under his breath.

For the love of me I haven’t figured out why Trump hasn’t been impeached yet. There’s enough evidence to suggest that he’s a… well, an untruthful slime ball?