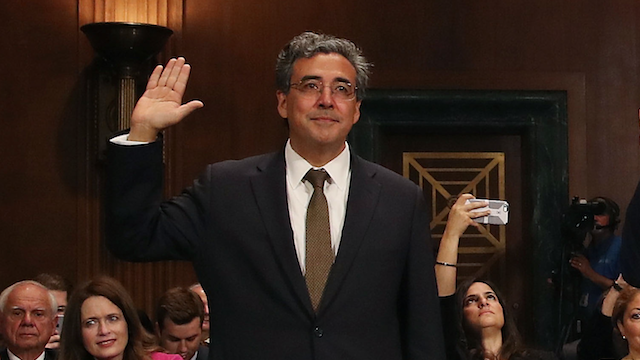 The ban itself has had to jump through several legal hoops, with lower courts blocking many of its mandates and the ban having to go through two major revisions.

On Wednesday Francisco insisted that the move was constitutional “no matter what standard you apply,” while the court hypothesized about a future president being anti-Semitic and imposing a similar travel ban for Israel.

Trump’s tweets about Muslims and his campaign speeches slurring the religion and its followers are well documented. But this is the first time the Supreme Court is hearing arguments for challenges against the ban, which is partially in effect.

Unperturbed by Francisco’s insistence that the tweets and statements be ignored in favor of the process by which the ban was produced, several justices continued to press for a legal basis. Francisco responded by citing immigration laws that have been around for a while.

A decision is expected in June, and the question is now whether or not Trump has exceeded the authority given to his position by Congress.