With cord-cutting accelerating at a rapid pace, the world of digital streaming is quickly becoming the mainstay of broadcasted entertainment. Companies like Netflix and Amazon are breaking new ground with every bit of fresh programming, and the days of cable TV and traditional broadcasting are all but numbered.

Within the realm of streaming, there is now an emergent segment in the form of personal streaming devices, which not only allow you to stream from your mobile device or computer but can also accommodate the streaming of digital programming from larger content providers via those devices. Although these devices have been around for a few years, it’s only now that they’re actually coming of age and rivalling traditional methods of broadcast and screen-sharing.

Here’s a look at the best streaming devices of 2018.

This one caught our attention because of its versatility, flexibility, the width of compatibility and simplicity of use. Developed by the namesake Danish tech startup, Airtame is the preferred streaming device that you’d want for any corporate or commercial setting.

Not only does it allow sharing of content from your personal mobile device, but its features include sharing from one computer or mobile device to multiple Airtame units, managing your Airtame units on the cloud and even a cool wallboard feature for when the screens are idle.

The multi-stream feature is one that grabbed us by the collar and made us look again. There are a ton of wireless screen-sharing devices on the market, but none of them have refined this feature to the extent that Airtame has. With this in your hands, you can deploy content to several screens at a time, and control everything on a single cloud admin panel. 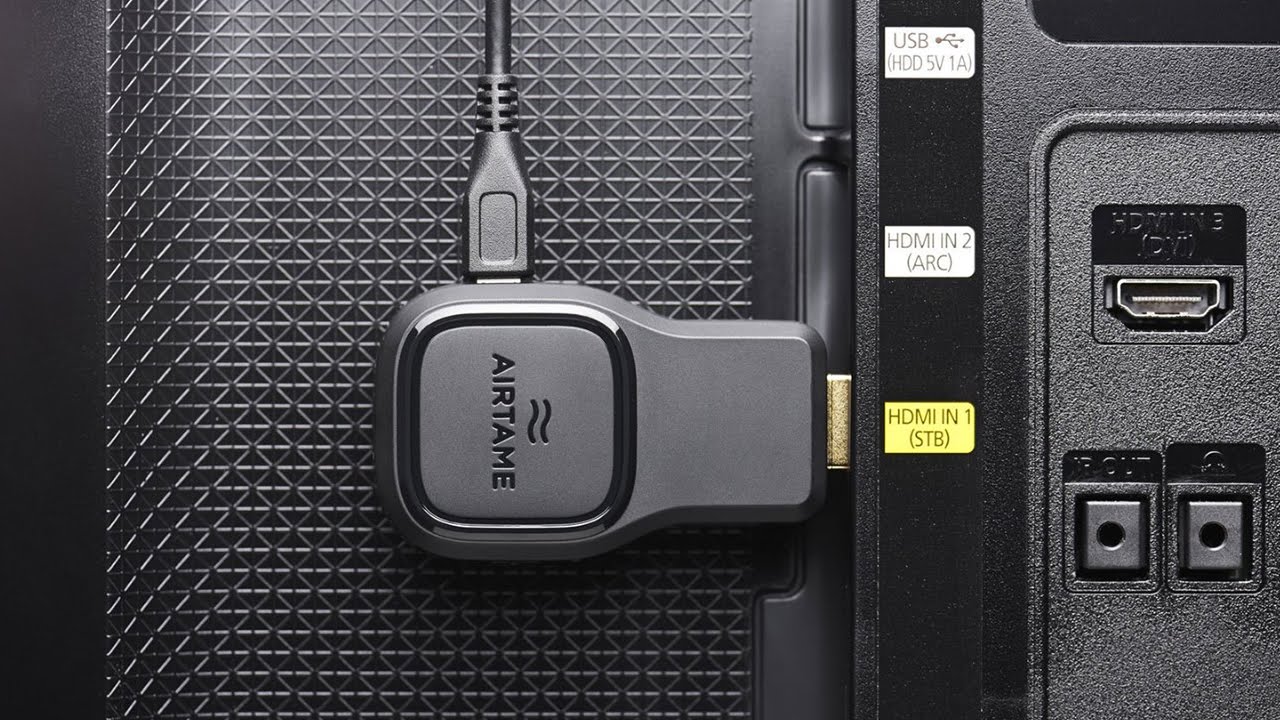 The AirPlay iOS mirroring feature is another one that deserves a second look. This feature allows you to stream your entire screen to your Airtames. Alternatively, you can use the Airtame app to display presentation slides alone.

The wallboard feature is something else that will definitely interest potential users. This feature lets you pre-define content for when the Airtames are inactive. Rather than having boring blank screens for people to look at, you can have custom images, slideshows and websites on display. This powerful feature even lets you display dashboards – either custom or integrated from one of several top dashboard providers like Geckoboard, Trello and ZOHO. Essentially a self-contained browser within the Airtame, the wallboard is independent of your device once you set it up. As long as the Airtame is connected to the Internet via WiFi or an Ethernet cable, that content will be continually displayed.

For all of this, all you need is one or more Airtame devices that you plug into the HDMI port of your TV or projector. For added stability you can plug in an Ethernet cable, but the WiFi function works just as well. You can even monitor the WiFi signal for each Airtame in your network from the cloud admin panel, which allows multiple admin users to access the settings.

Click here to learn more about Airtame and how you can buy them for yourself or your organization.

We were really looking forward to the release of the third generation Google Chromecast this year and I/O 2018, but had to come away disappointed that Alphabet has no plans for an upgrade to Chromecast Ultra.

Of course, the Chromecast is a hugely popular device, and sales are reportedly still strong in emerging markets for the streaming device. However, it’s definitely time to see some new features like Bluetooth support and so on. Sadly, that’s not been forthcoming. The Ultra is a great device in its own right, mind you, but in the world of tech, something that’s two years old is… well, old.

This is another popular streaming device for personal use, as is the Chromecast. Neither has the flexibility of Airtame but, to be fair, these are essentially consumer-centric products rather than corporate streaming hardware solutions.

That being said, Amazon has brought Ultra 4K HD and the Alexa Remote as additional support features, which we found very useful. Although limited in its AI capability in comparison with the Google Assistant on Android devices, Alexa offers a great solution for those who really hate browsing through tons of programming to find what they’re really looking for.

No article on streaming is complete without mentioning Roku. This particular piece of hardware has gone through numerous iterations, but it’s only over the last couple of generations that 4K support was brought in.

Roku is extremely popular because it’s customizable. Apple TV, for example, would be the antithesis of Roku in this case. From screensavers and themes to using voice search from your phone or using your phone as a Roku keyboard, there are literally dozens of tweaks that you won’t be able to do even on a Fire TV stick.

Unfortunately, Roku has gotten a bad rap for being able to stream legally questionable content from certain torrent-based video content aggregator apps and private channels. They did a crackdown last year to penalize content providers that were streaming improperly licensed content, but the reputation sort of stuck with them.

That said, Roku is definitely a piece of streaming hardware to consider for your personal entertainment needs.