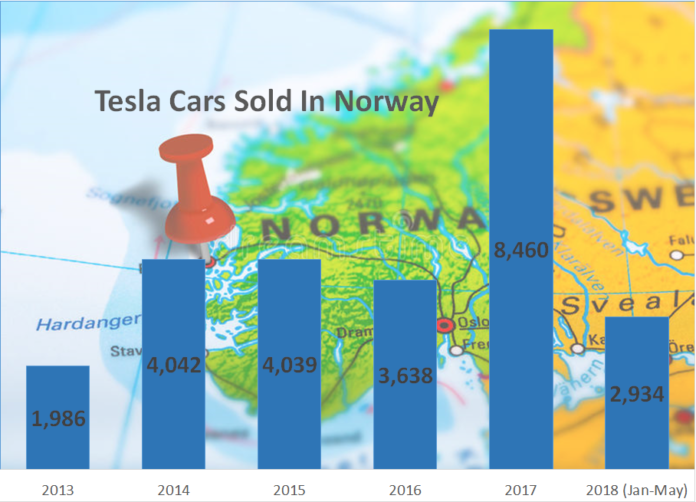 The Norwegian Auto market expanded from 110,000 cars in the late 1990’s to 190,000 in 2017. The slow and steady growth should continue over the next decade, unless Norway falls into a recession.

Annual passenger car sales in Norway was a bit more than 150,000 units for the last three years. An average of 12,500 cars. Not a lot. But Norway also has a clear target. All new passenger cars sold in 2025 must be zero-emission vehicles.

Small, healthy market. A perfect fit for Tesla. Tesla has indeed grabbed that opportunity with both hands.

2017 was a record breaking year for Tesla as the electric car maker more than doubled its sales compared to 2016. And if the first two quarter’s performance are anything to go by, then Tesla should repeat its performance this year as well. 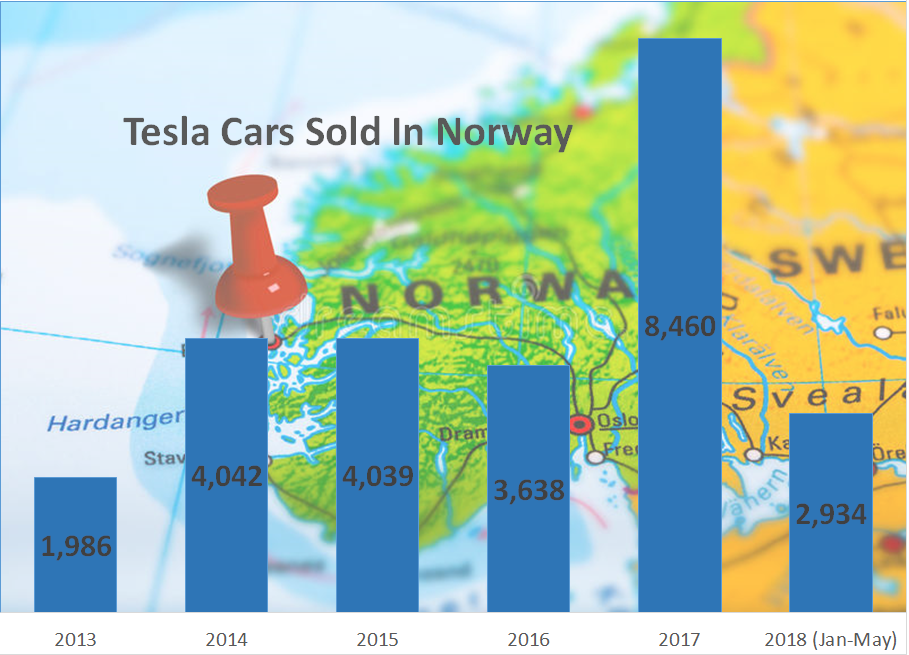 Tesla is still competing at the high end of the Norwegian auto market with its Model S and Model X.

Tesla Model S, which retails for the equivalent of $80,000 in Norway. Incredibly, the country’s fourth most popular car is the more expensive Model X, with a list price of$125,000. – CNBC

Higher the price, smaller the demand. But despite that, Tesla has managed to double its sales in 2017 and looks set to double it again in 2018.

This clearly shows that Tesla has become a well-established brand in the country. A perfect place for Model 3 to land. If Tesla manages to bring down Model 3’s price to $35,000, sales in Norway will go through the roof.

Let’s revisit this article next year.