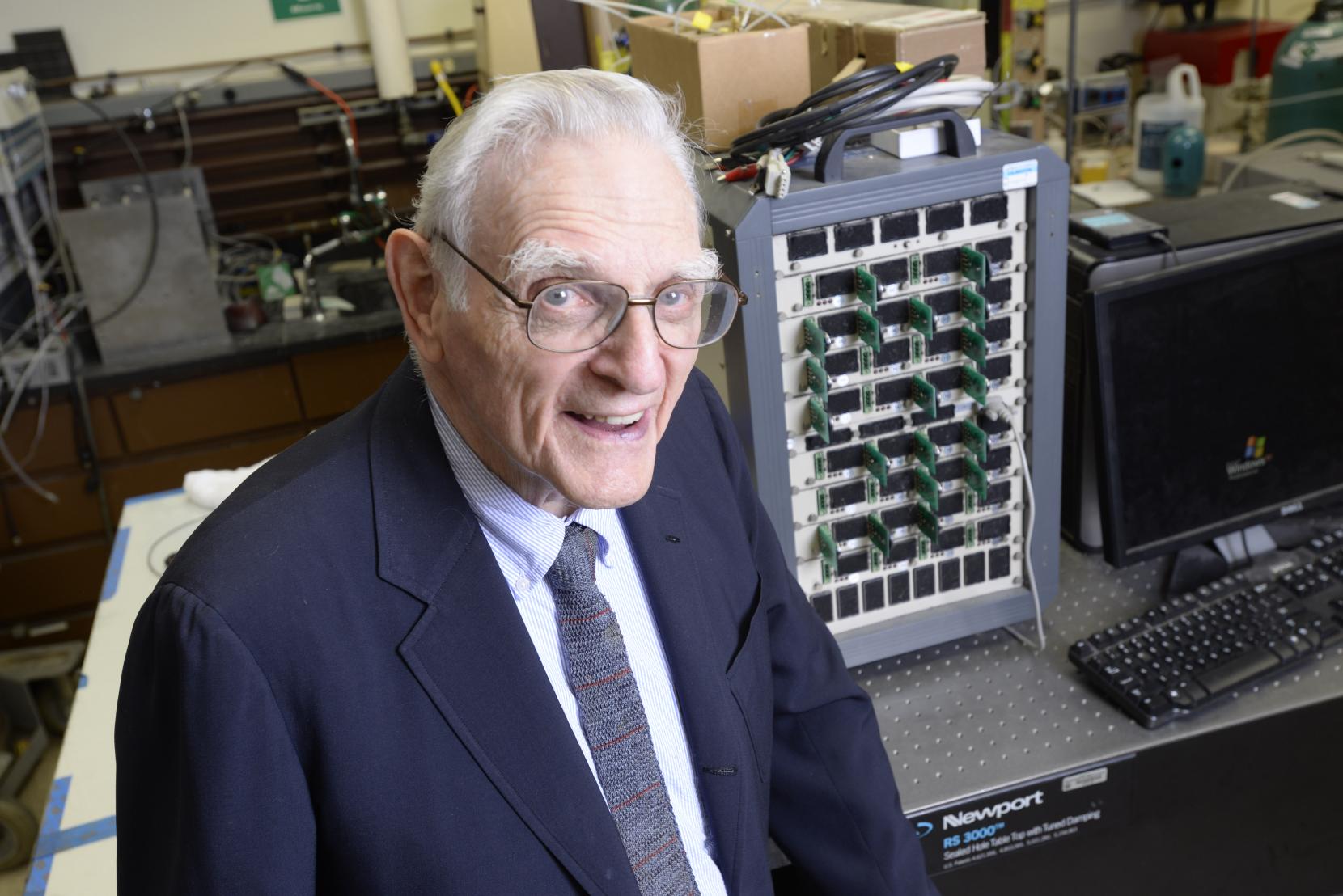 Dr. John Bannister Goodenough is known to many as the father of the Lithium-ion battery, that humble cell pack that goes into every mobile device on the market and powers the bulk of electric vehicles. But now, Dr. Goodenough has made a possible breakthrough with a solid state design that has 30 times the storage efficiency of a traditional Li-ion battery and will gain capacity with more use rather than lose it.

In a paper written recently by Goodenough called Nontraditional, Safe, High Voltage Rechargeable Cells of Long Cycle Life published in the Journal of the American Chemical Society, he and his co-authors claim:

Essentially, what he and his co-authors Maria Helena Braga, Chandrasekar M Subramaniyam, Andrew J. Murchison are saying is that the increase in storage efficiency doesn’t require the use of “exotic” materials. Furthermore, the paper states:

While Goodenough is highly respected in his field and has been in line for the Nobel Prize for Chemistry more than once, other battery experts are baffled by the concept. Says Princeton professor Daniel Steingart:

“If anyone but Goodenough published this, I would be, well, it’s hard to find a polite word.”

Could this be the breakthrough in Lithium-ion battery technology that everyone has been waiting for? Or will it remain a laboratory experiment making fantastic claims that no manufacturer will ever dare to validate? That’s the big question. On the other hand, if this concept does fetch Goodenough that elusive Nobel a the ripe young age of 95, everyone will want to jump on the bandwagon just as they did when he invented the cell phone battery.

What a fickle world we live in!