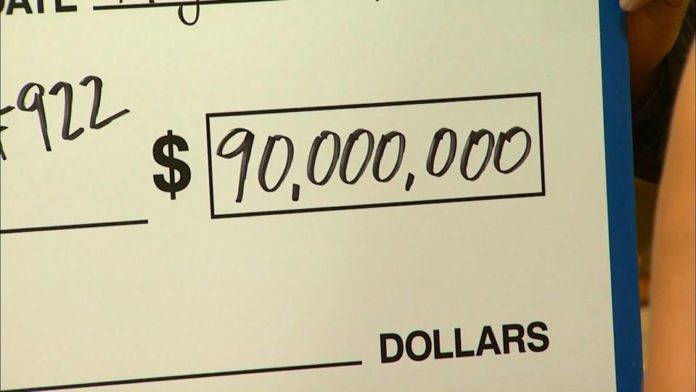 The days of heading down to the store and joining the long queue of hopefuls in the wait for a lottery ticket is over. No longer do people have to spend hours in line trying to get their hands on a piece of paper which could potentially change their lives. New technology is totally changing the game in many industries, seeking out methods to make people’s lives easier. Now, there are even ways to play the lottery online, and the days of buying paper tickets in the real world could soon be over.

Nearly half of all US adults play the lottery, making it one of the most popular forms of gambling across the country. The random draws are enjoyed by so many people because they are cheap to enter but promise untold riches to the person with the winning ticket. The USA has more lotteries than any other country in the world because nearly every state has its own draw. Along with these, there are the hugely famous multi-state draws, Mega Millions and Powerball, which both boast extremely high jackpots on a regular basis. Indeed, the largest prize in history came from Powerball. In 2017, an extremely fortuitous Massachusetts lottery player won an astonishing $758.7 million. It’s jackpots like this that make people from all over the world eager to get in on the action.

In the past, Americans were restricted to only playing their state lottery along with the two big ones. In addition to that, they had to physically enter a shop, choose some numbers, and then purchase a ticket. But now, times have changed for the better. There are lottery apps that make playing the lottery so much easier. Using the Lottoland Lotto app, players can withdraw and deposit funds, along with betting on a wide range of different lotteries. They receive email notifications when their numbers have been drawn, and alerts to when upcoming lotteries are taking place. There are also special offers and upgrades that can’t be found on normal lotteries, such as double jackpots.

The simplicity of making bets on the lottery from a phone app isn’t the only advantage of the new technology. Because players are betting on the outcome of lotteries rather than actually buying tickets, there are many more options on offer to them than the lotteries from their own country. In fact, there are lotteries from all over the world, each with different-sized jackpots and varying odds of winning. For instance, the US multi-state lotteries offer gigantic jackpots but the odds of winning them are quite slim. Players seeking a change could opt for French Lotto, where the chances of winning a prize are much higher.

Three things you can do to increase your chances of winning a lottery game is to pick your own numbers and stick with them every time; set a budget; and never spend rent or grocery money to play a lottery game.

There is a strong case to be made for scrapping the paper tickets for lotteries entirely, seeing as new apps are making it so much easier to play. If you’re one of the many people who love staking on a lottery each week, having access to worldwide lotteries from the touchscreen of your phone will be right up your street.