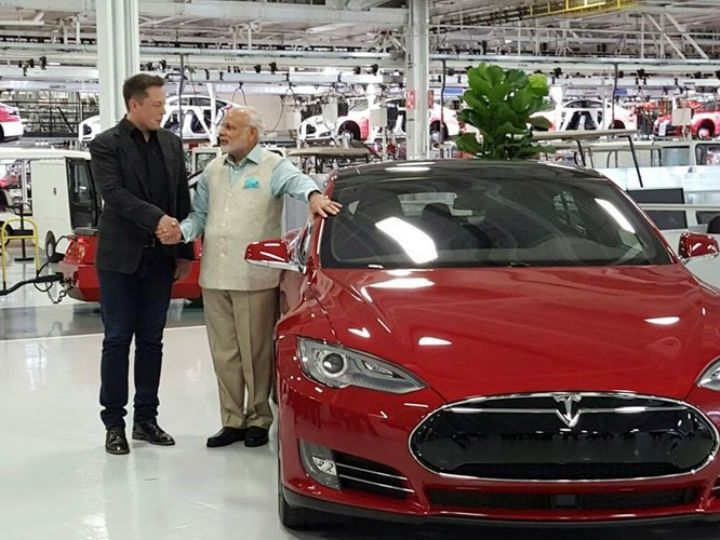 Within a decade, India will surpass China’s population. It is the fastest growing democracy in the world and expected to be the #1 market outside of the U.S. for a lot of companies over the next several years. But why has Tesla been so silent about entering India and its strategy to woo the growing upper-middle-class population with its EVs? Until now. One single tweet from Tesla Motors CEO Elon Musk may hold the answer to that poser.

Would love to be in India. Some challenging government regulations, unfortunately. Deepak Ahuja, our CFO, is from India. Tesla will be there as soon as he believes we should.

In three words, Tesla’s decision to enter India hinges on one thing: CFO Deepak Ahuja. This is the man Musk is counting on to call the shots on when India is ripe for the picking. Some say that Tesla’s Powerwall solution may be the first step in entering this massive market where even large cities continue to struggle with power outages. That could be true considering the current situation.

Another consideration, as Musk delicately puts it, is the “challenging government regulations.” True, there are some mind-bending clauses for foreign direct investments, but Musk’s thoughts would likely gravitate towards what kind of subsidies a company like his might be eligible for to make India a viable option.

So, when will Tesla finally enter the Indian subcontinent, whether it’s to sell EVs or power storage solutions? That’s the secret Musk is still keeping from everyone. And you can bet that Ahuja is not going to be the one to let the cat out of the bag. He’s got a juggling act to perform as it is, with Tesla’s finances in a delicate balance between realizing revenues and putting everything behind the Model 3.