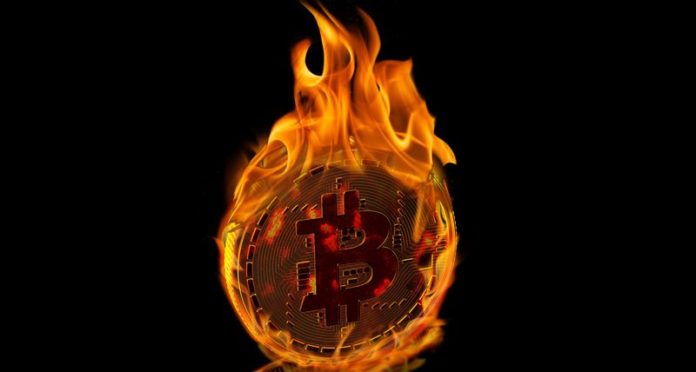 If there is a suitable moment to take advantage of the crystal ball and look into the future, then it is now. Such a device does not exist, and it is impossible to see the future of bitcoin in 10 years. This does not stop us from thinking about the possible fate of the currency.

Bitcoin was the hottest investment offer of all time. Once, it was possible to buy it for a mere penny. And now what?

In 2017, the price of one coin broke the record and cost $20,000, but was later adjusted by the market. Nevertheless, some people believe that it is too late to buy bitcoin and further investment will not make sense. The more in-depth study of the issue shows that it is only beginning to gain momentum, although disputes about this do not subside.

Despite the obvious breakthrough, there is no clarity about the future prospects of bitcoin and other “digital money”. Authorities do not want to recognize them. The only major economy, where it is introduced into the legal field, is Japan.

Leaders of leading credit institutions refuse to take the cryptocurrency seriously, but there are a lot of online retailers that accept bitcoin. The opinion of financiers was expressed by the executive director of the American bank JP Morgan Chase Jamie Dimon. He said that the rush around bitcoin is “stupidity”, which will lead to sad consequences. As he said, it is a pyramid, which in the near future will be sprinkled. The head of the bank predicted that the collapse, similar to what happened in the Netherlands in the XVII century during the flight of tulip fever – a burst of speculative demand for flower bulbs, awaits people who invested in the cryptocurrency.

Analysts of the Danish Saxo Bank say that by 2020 the rate will grow to 60 thousand US dollars, but this price will not last long. Many online traders are speculating about the price of 25, 31 and more thousand dollars as early as 2018.

Financial analysts come to such conclusions due to the fact that there is an organic issue in the amount of 21 million units. At the moment, the turnover is already 68% – that is, about 16 million. When the limit is exhausted, the cryptocurrency will cost fabulous money.

Factors Contribute to the Price Rising

Illegality. No matter how popular this digital currency was, it is still not perceived on an official level. Miners have to “speculate” on stock exchanges.

Complication of production. At first glance, it may seem that the complication of the mining process has a positive effect on the cryptocurrency, as the number of speculators decreases with time. Very soon miners will need prohibitively expensive techniques (this trend is already being observed).

Bitcoin is easy to resell, exchange and use outside the network. Its popularity does not fall. Here the proverb that “demand generates offers” is effective. That is, the more people are interested in buying a currency, the higher is its price.

Increased demand and public interest. Researchers found that the price of bitcoin grew along with the increase in search queries for this word. Now almost every person connected to the Internet knows about it. In this case, many do not know about the various nuances, and they are ready to blindly invest in btc.

Any prediction has always been a difficult task because the price depends on many factors that are subject to significant changes every day. But its price is unlikely to drop for a long time. It is possible to expect short-term drops in the rate, but do not panic and “run” to the exchange to sell cheaper currency.