What for and when you need it? –  are the two questions any loan officer would ask. Tesla is no different.

But discussions about Tesla’s capital infusion always revolve around how many billions they need, while the requirements and reasoning get buried in the fine print.

So, lets take a different approach and talk about Whether Tesla needs money to sustainably produce 5000 Model 3s?

What is Sustainable 5000 Model 3 Production?

For the sake of this article, we are talking about an average weekly Model 3 production rate of 5000 units. With 13 weeks in the quarter, that production rate will translate to building approx. 65,000 Model 3s every quarter. 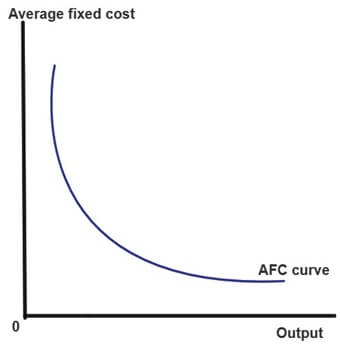 “Average fixed cost refers to the per unit fixed cost of production. It can be calculated by dividing Total fixed cost (TFC) by total output.”

Average Variable Costs (AVC) on the other hand have different characteristics. AVC drops  until it hits an inflection point and then it starts increasing. The point at which they start increasing is the optimal production point. Point A in the graph below.

For auto companies that is the ideal production capacity of the plant. Auto makers build a plant, hit the optimum point, increase production further until the next plant is ready and once the new plant is operational, they bring down production in the first plant to the optimal level again.

Every manufacturer will know the optimum capacity of the plant, Point A, long before they lay their foundation stone.

Tesla has two manufacturing facilities for Model 3, Tesla Factory in Fremont and Gigafactory 1.

The Fremont facility in its previous avatar was run jointly by Toyota and GM. At its peak (2006) the plant manufactured 428,633 units. A weekly average of 8,242 units. So clearly, Tesla has not yet reached point A in Fremont – its optimal point in the production curve.

Both Fremont and Gigafactory still have plenty of room to allow average costs (both fixed as well as variable) to fall.

I know this is Economics 101 but for the sake of clarity, here is the summary.

Tesla’s average variable and fixed costs will edge lower as production increases and it cannot go the other way around. Not until Tesla hits max production at both these plants.

Where is Tesla now?

As we learned in the previous section, the Fremont factory in its earlier avatar was building a bit more than 8000 units per week. So the optimal capacity of the plant will be closer to that level and not far away from it.

Tesla is already running out of space in Fremont. “There’s just no room at Fremont,” Musk told shareholders at Tesla’s annual meeting in Mountain View, Calif., regarding the Silicon Valley auto maker’s nearby assembly plant. “We’re bursting at the seams.” (June 2017)

Tesla does not have a lot of room to increase its output in Fremont. Incremental additions will be possible over the long term due to automation and process improvement.

Tesla will still try to increase its peak capacity a little further from where it is now (7000 units per week), and give itself decent margin for error. A 15% increase from current level will see their peak production capacity nudge 8000 units per week.

All Tesla will be looking to do now is to get its regular weekly production capacity as close as it can to peak capacity (7000/wk).

If I ask you to choose between two work orders – What will be your choice if all things are equal (time, money etc..)

You will pick the first one isn’t it.  Because converting peak production capacity into regular capacity is cheaper and faster than doubling your current capacity.

You achieved peak production capacity only after

Additional labor will be your biggest concern when you want to convert your peak production capacity into regular capacity, because you would have already taken care of most of the other requirements. If your plant is still sub-max output, then hire away- because your average variable cost is going to fall further as output increases.

To make things easier, Tesla has already created a cushion for hiring production associates by letting go of 9% of its salaried workforce.

While there are plenty of articles that keep talking about how much Tesla spends every minute, I have come across only a very few that talk about battery production. Believe it or not, Gigafactory 1 is where nearly a third of Tesla’s money has gone in the last couple of years.

“According to initial plans, Gigafactory 1 was estimated to cost $5 billion and Tesla’s contribution was expected to be about $2.0 billion over a five year period. But in its 2015 Annual report, Tesla warned investors that the cost of building and operating the Gigafactory could exceed current expectations due to its size and complexity.”

It’s clear that Gigafactory is going over budget, but with production capacity already well over half the planned capacity, the cost overrun is not going to keep going on forever. With Fremont’s capacity addition expected to slow down sharply during the third and fourth quarter due to the reasons I explained above, Tesla has no reason to keep expanding its capacity in Giga.

Simply put, 30% of capex has gone into Gigafactory 1 since 2014 and that number is going to sharply decline in the next two years as capacity is already well over the half way mark and Tesla will only need incremental additions to capacity in the future.

One more Stat to Remember

Tesla increased its supercharger locations from 770 at the start of 2017 to 1,308 locations as of now. According to UBS, Tesla spends approx. $250,000 per location. Tesla just needs to take the foot of the pedal to preserve cash. (If needed) Because the last time I noticed, Tesla’s serious competition was not so serious about building charging stations around the world.

Contrary to popular belief, Tesla’s road to profitability runs through its flagship Models, the S and X, not just Model 3.

The higher the overall output, the lower the average costs. As Tesla keeps pushing out more units, thanks to Model 3,  average cost per unit will keep falling and the biggest beneficiary will be Model S and X margins.

So, why would Tesla need to raise more capital to sustainably produce 5000 model 3s per week?

And for the trolls. If you want me to approve/answer your questions you need answer this Tesla Trivia first.