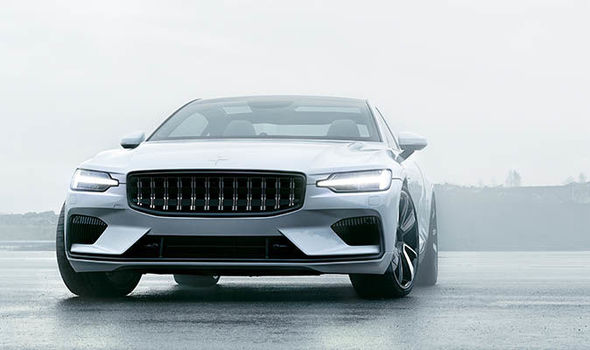 In a recent 1redDrop article covering EV sales around the world called “Why Tesla and Model 3 Have No Competition in Sight for Another 5 Years (At Least)”, I outlined several reasons why I thought that was the case. One of our readers commented on that article saying it “may be the dumbest statement” he’s heard “in a long, long while”, that I am “woefully ignorant about the current state of EV development” and that I should “never be allowed to pen articles on this subject.”

The commenter goes on to showcase Volvo’s Polestar 2 as being “outrageously superior” to the Model 3, saying that only a fool would buy a Model 3 when Volvo’s performance brand’s second model comes out in 18 months. He also highlights the fact that “over 120 electric models” will hit showrooms in the next few years and that they will be “technologically more advanced” than the Model 3.

Although I won’t address the slur on my competence in this area, I will respond to his other points.

First of all, the 120 electric models (I haven’t counted them, to be honest) that will come out over the next few years are not going to immediately flood the market. They will be at various levels of production capacity and sales volume, and these companies will move very cautiously on production because they wouldn’t want soft demand to cause a pile-up on the inventory side. Overproduction and high levels of inventory have long been a problem in the auto industry, and EVs present more of a risk because they involve new investments in technology, manpower, resources, and production.

This is not just a problem in the United States. According to Associate Director Ben Waller of ICDP, a UK-based consultancy specializing in automotive distribution:

“Then they (inventories) started to creep up before the financial crisis. Since then, there was a period where carmakers were more disciplined, but it is clear that discipline has slipped, partially due to increased volatility of demand within markets and product mix.” 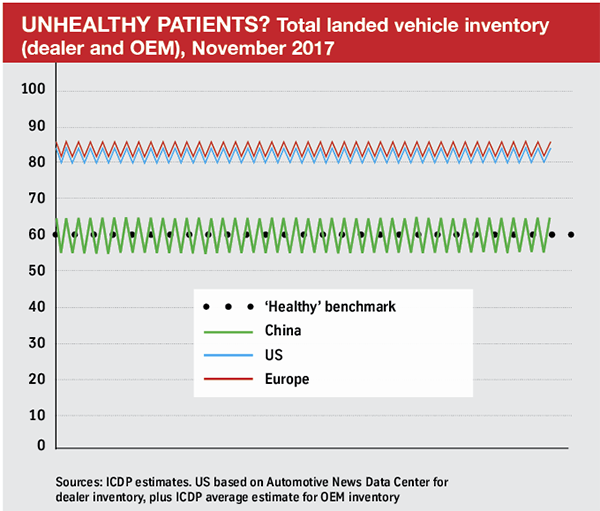 I’m not saying that Tesla has never had or will never have this problem. When you look at the quarterly reports, it appears that they do have this problem (again) in 2018, as highlighted by Seeking Alpha author Donn Bailey. The issue is primarily with Models S and X, and the cumulative inventory surplus for these is around 6,600 cars. Not a big problem, but definitely confusing when you consider the fact that Tesla has always been cash-strapped. Why let a billion dollars worth of inventory just sit there?

The Model 3 situation is different, however. It’s going to take Tesla the better part of the next five years just to fulfill their Model 3 reservations, so most of the unsold inventory recorded each quarter is likely to be delivered during the subsequent quarter, as the author himself admits. That’s not vehicles that will sit unsold. A portion of vehicles will definitely remain unsold, but those will primarily be service loaners and test drive cars.

So the Model 3 is not likely to have serious inventory issues in the short to medium term. But can Polestar 2 really compete with the Model 3 in the next five years when it’s only going to be released in 2020? Polestar 1, its hybrid predecessor, currently has close to 600 pre-orders against an initial production plan of 500. Demand is good but not great because the starting price is around $155,000.

As for the Polestar 2, it will only be revealed in 2019 at the Geneva Auto Show, which is seven months away. From there to production is going to be at least a year. While the 18-month timeline seems reasonable, what is not reasonable is to expect the car to immediately get off to a great sales start and within a two-year period start rivaling the Model 3, which by then will be a more mature brand with several variants and a history of performance behind it. Besides, Tesla is not going to sit on its Model laurels and not make anything cheaper or better over the next five years.

The price will certainly help because the Polestar 2 expected to be in the range of $38,000 to $64,000. If that sounds familiar, that’s because in the next few months Tesla plans to make the $35,000 base Model 3 available to customers, while the base price of the top-end Dual Motor Performance is around $64,000.

In terms of performance, the Polestar 2 is designed to directly attack the Model 3 and the Porsche Taycan. The Taycan itself won’t compete against the Model 3 because of its $85,000 price tag, but it will definitely take a swing at the fully specced Model S.

So that leaves the Polestar 2 as a possible contender for the pole position the Model 3 currently enjoys in its segment. That being said, I do not think that will happen in the next five years, if at all. The investment in producing EVs is not the only consideration here, which brings us to the one thing that any EV can’t do without – the battery.

Volvo’s history with electrification shows that it has had several battery suppliers including Ener1 and EnerDel. But none of these suppliers can make anywhere close to what Panasonic or CATL – the world’s two largest EV battery makers – can produce annually. Tesla’s partnership with Panasonic is eight-years-deep – deep enough for Panasonic to see an opportunity and invest heavily in the Gigafactory plant in Nevada. The company recently made it clear that it was willing to increase its investment Nevada if Tesla needed it.

This partnership between Tesla and Panasonic can be viewed as a moat to new entrants. At a planned capacity of 500,000 cars a year for Gigafactory 1, that might just put Polestar 2 out of the running as a real contender.

And that’s why Tesla won’t have any serious competition at least for the next five years. One thing I will admit to the gentleman who slammed my article is that we don’t know what the EV landscape will be like in 5 years. However, we do know that Tesla will be capable of making in excess of 1 million cars a year by then. The Gigafactory 3 in Shanghai is due to start production in the next two years, and three years from then it’s very likely to be at 500,000 cars a year. Combine that with a Gigafactory 1 that will already have been at full production for two to three years by then, and the million-car figure is simple math.

Further, the demand for Teslas in China is very strong, and the company already has a 9% market share of the EV segment in the PRC. Geely Auto Group, the Chinese company that owns Volvo, has a tad over 5%, and they will definitely leverage Polestar 2 to compete with Tesla. But the new Gigafactory will allow Tesla to further ingrain itself into the good books of the Chinese government, smoothing the way for future production and sales expansion. Geely doesn’t need that since it is already a Chinese entity, which means they will compete on even ground against Tesla – not an easy feat as current marketshare positions show.

I wouldn’t go as far as to say that Polestar 2 will be serious competition for the Model 3 within 5 years, but it looks like the only model that has a fighting chance of being anywhere near where Tesla is right now.

The most laughable part of the comment I received is this:

“Tesla is a company that likely will not even be in the auto business within five years. They simply cannot compete against the pros.” – comment on 1redDrop article by Kent Beuchert

I have just one thing to say about that. In the world of EVs, Tesla is the pro. Not Volvo, not Porsche and not any of the makers of the 120 EV models you talk about. This is new ground for them, and they will tread slowly. They might invest aggressively over the next several years, but it will take much longer for them to gain the kind of sales traction that Tesla currently enjoys in major global markets including the world’s largest for EVs – China.