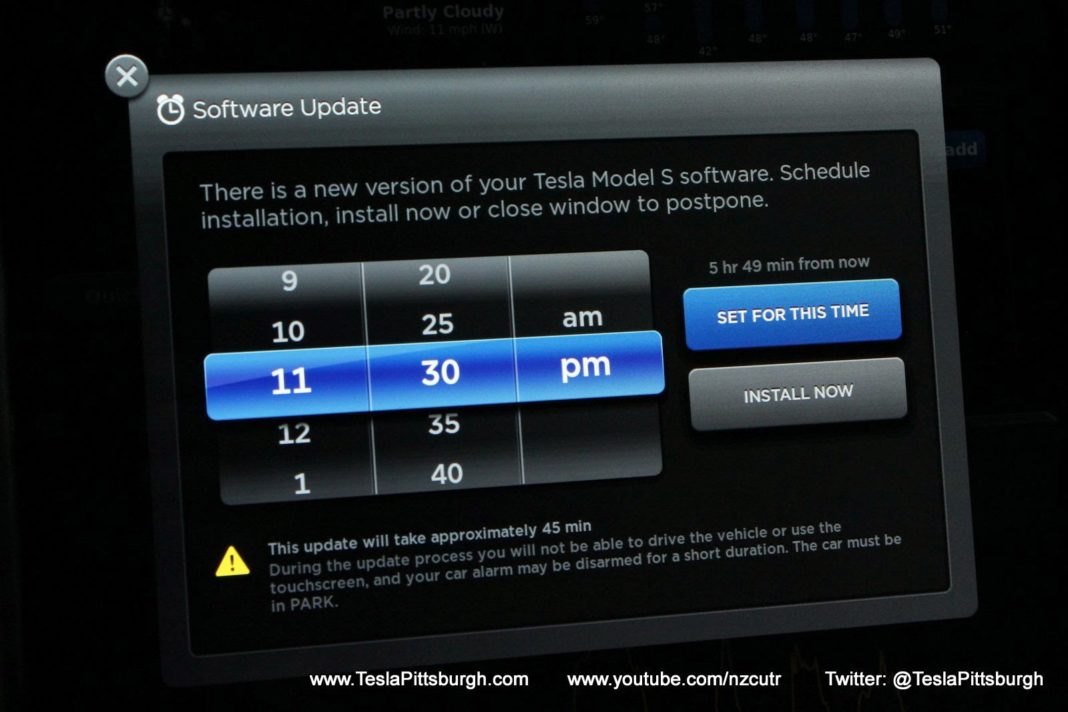 Tesla EVs regularly get OTA (over-the-air) updates when new firmware versions are available. The current version 8.1 is now expected to be upgraded to version 9.0, which Musk promises will have full self-driving capability for Autopilot. But some Tesla owners aren’t even aware of the full feature-set in the current version. To that end, we’ve shown you what the 8.1 firmware is capable of.

So, when it first came out (Build 2018.26 3bbd9fd), the Summon feature was in beta. It’s still not a public release, but several builds have come out since then. The latest build installed for a Tesla Model 3 is from yesterday (Aug 13) – Build 2018.28.5 377ec8b – and others have also reported an update. But the release notes simply say “minor improvements.” That likely means no significant bug fixes or additional features for this version.

There haven’t been any formal confirmation on 9.0 features other than what Musk has indicated, and the timeline as of Aug 1 was “in four weeks”, so we should see something at the end of August 2018. Model 3 owners have, of course, speculated on what might be coming, but the lines are blurry between that and what might really come with the update. Nevertheless, here’s a non-comprehensive list of what to expect and what Model 3 owners are looking for:

Most of the other features talked about in forums are pure wishlist-type features. Still, it’s good to know that quite a bit is being planned for the 9.0 release. Watch out towards the end of August for the OTA rollout.

Probably 4 to 6 months. Those who order full self-driving get the upgrade at no cost. It isn’t needed just for enhanced Autopilot.

As of now, Tesla claims to have the “world’s most advanced computer for autonomous driving”, thanks to the new chip developed in-house under the guidance of Pete Bannon after Jim Keller, formerly of AMD, left Tesla.

Per the tweet thread, it’s been hinted that FSD features will start being rolled out with 9.0, but true FSD will likely need additional hardware support that will only come with Hardware 3.0 early next year. Hardware 2+ owners will get their new computers as a free upgrade, and this is applicable for everyone who already has Enhanced Autopilot and has ordered Full Self-driving.

This is all the information we have on firmware v9.0 and Hardware 3 release date for now. We’ll keep updating this page as we hear more. Please feel free to comment if you come across anything that might need to be added to the content here.

How is Speed Limit Mode Different from Valet Mode on the Model 3?