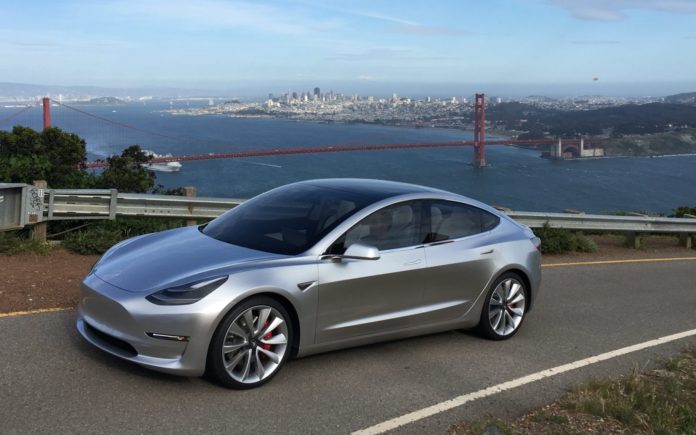 According to Bloomberg Tracker that estimates Model 3 production by tracking VIN registration, Tesla has crossed a major milestone of building 70,000 Model 3s. As if that production stat is not enough to digest, Tesla registered 2,207 Model 3 VINs today. Highest VIN registered now reads 101,352.

It’s just a number if you look at it, but if you rewind the clock a bit then the number will make a boat load of difference.

Now, according to Bloomberg tracker, Tesla may have built more than 31K Model 3s during the third quarter and we are only half way through the quarter.

The furious pace of VIN registration in the last eight weeks makes one expect Tesla to build more Model 3s in the last two months than what the company built in the previous four quarters.

I think Tesla underestimated its production numbers for the quarter as the company has guided for 50K to 55k units.  Tesla still has six more weeks left in the quarter and the company is not going to stop ramping up, because the newly built “Under the Tent” assembly line GA4 has plenty of room to increase capacity.

I have predicted that Tesla will build at least 60,000 Model 3s during the third quarter. If Tesla keeps registering Model 3 VINs, I may have to revisit my estimates. But for now, I am going to stick to my prediction.

60,000 Model 3s during the third quarter. The lower end of Tesla Model 3 production.

Important Read: Should Investors be Worried about a Private Tesla’s Funding Costs?