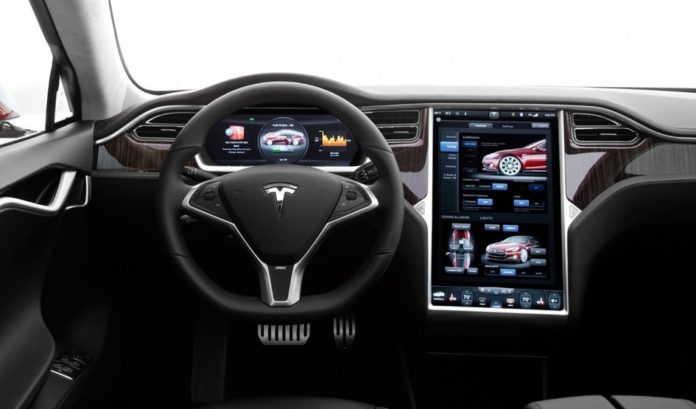 Video streaming is coming to Tesla, and it’ll be featured on Version 10 of Tesla OS. This has been confirmed by Elon Musk on Twitter, his platform of choice for announcing anything big – like taking Tesla private, for example.

@elonmusk @Tesla Love the P3D! Any chance of getting video streaming (Netflix, YouTube) to watch while charging? pic.twitter.com/HivYyJFAFW

Of course, the feature will likely be active only when the vehicle is parked or charging, or it poses a significant driving hazard with the 15-inch center console being so accessible to the driver. Still, video streaming is on nearly everyone’s wishlist and has been for a while now.

With video streaming, you’ll be able to watch your favorite Netflix and other Internet-based content. Right now, the rear camera feed is the only thing that can be displayed on the touchscreen, although one Model S owner used an elaborate hack to stream the Terminator movie more than two years ago.

Meanwhile, we’re still waiting on v9.0, which should be coming in the next couple of weeks, hopefully. That’s the latest info, anyway, but if 9.0 does come at the end of this month or early September, it will be two years since 8.0 was released.

Does that mean 10.0 will only come in 2020? Not likely. With Model 3 production ramping up rapidly, two years is a much longer time now than what it was before – if that makes sense. Timelines are already shrinking. With the new Roadster (2020) only two years away, it’s very likely that TeslaOS will get a v10 update well in time for that.

When it does come, however, we’re probably going to see an uptick in Netflix hours, albeit a minor one. By then, there will be hundreds of thousands of Tesla EVs on the road, and anyone updating to v10 will have access. Will they use it? Well, a supercharger run to 80% only takes about 40 minutes, but that’s enough for almost a full episode of your favorite Netflix series. And it will certainly be a welcome distraction on a commute where there’s bumper-to-bumper traffic inching along, even though you may have to engage the parking brake to resume the video each time.

On the other hand, Tesla is going to be rolling out FSD (full self-driving) features starting with v9.0. If Tesla OS v10.0 offers SAE Level 5 autonomy or even Level 3 for that matter (“with the expectation that the human driver will respond appropriately to a request to intervene”), then video streaming will probably be toggled between the park/charge requirement and ‘Autopilot engaged’ in an either/or kind of situation.

With full autonomy must come a full suite of entertainment, and what’s entertainment without streaming videos? Gotta have those YouTube cats, right?