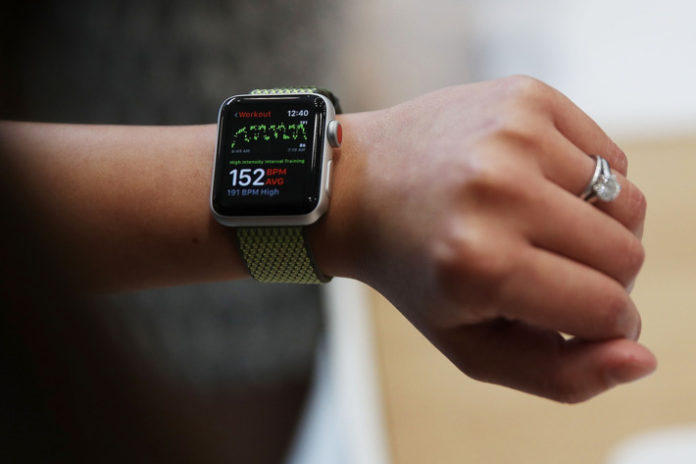 Apple Watch is one of the most desired smartwatches on the market. First debuted back in 2015, Apple’s smartwatch quickly gained trust, with most critics praising its premium design and innovative features. Apple Watch surpassed other competitors to become the best-selling wearable device in the first quarter of 2015.

Apple Watch Series 2, which was unveiled in 2016, followed the huge success of the first model. With the Apple Watch 2, Apple finally turned its wearable device into a useful and powerful item that allows you to do a lot of things right on your wrist.

With the release of the Series 3, Apple puts a huge focus on health and fitness features. The Apple Watch 3 serves as a perfect companion as you can listen to music or receive phone calls without the need for nearby smartphones. Tech experts claim that Apple will ship more smartwatches during this year’s shopping season.

Back in 2016, Apple Watch was the hottest item at the end of the year as carriers and retailers offer discounts and promotions for the Apple’s wearable device. Apple is expected to announce the 4th generation Apple Watch this year.

Previously, Apple was rumored to debut the Apple Watch 4 at this year’s WWDC event. However, it was nowhere to be found at the event. In reality, rumors regarding the next generation Apple Watch have been out there for months, giving us a preview of what’s coming into this year’s device.

When it comes to pricing, rumors claim that the Apple Watch 4 will cost more than $399 at launch. However, we are expecting a modest price increase over the Apple Watch Series 3. Sources say that the 4th generation Apple Watch will feature LTE functionality, but Apple will improve the feature to offer a better user experience.

In terms of software, the Apple Watch 4 is expected to run watchOS 5 at launch. WatchOS 5 was debuted at this year’s WWDC event. Basically, watchOS 5 is not a huge upgrade over its predecessors, but it comes with a ton of new things ranging from Activity Competitions to Auto-Workout Detection.

Apple has started rolling out the beta versions of watchOS 5 for testing purposes. According to early testers, their Apple Watch model runs smoothly after updating to watchOS 5. We are expecting Apple to add more features to watchOS 5 when it officially releases to the public.

The upcoming Apple Watch 4 is expected to come with a new design this year. Besides, all models will feature LTE connectivity at launch. The Apple Watch 4 will help the Cupertino company retain its number one position on the market. Apple is facing a lot of competition in the market.