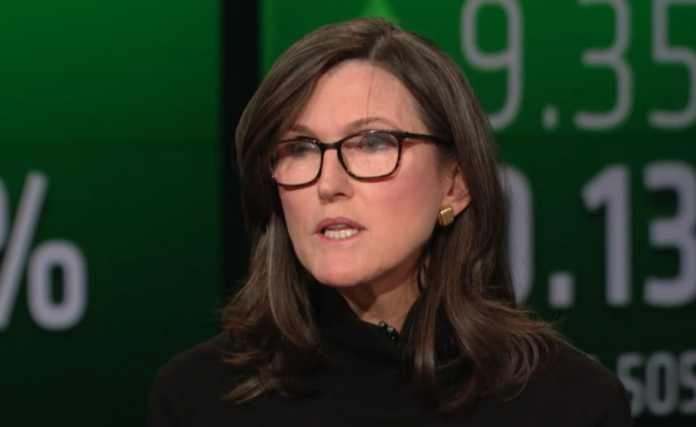 Tesla CEO Elon Musk shocked everyone early this month by announcing his intention to take Tesla private; many believed that the transaction would never go through. The reason: there isn’t enough money in the private investor world to delist a company of Tesla’s size.

I strongly believe that assessment is a half-baked one, that there isn’t enough money available to take Tesla private. There are sovereign funds sitting on top of trillion-dollar cash piles and will add more to their kitty if needed. Besides, high net worth individuals are always looking for avenues to invest in.

Tesla investors are now slowly coming out, one by one and expressing their dissatisfaction about the take-Tesla-private plan. The problem seems to zero in on the buyout price, $420.

Tesla shareholder Catherine Wood, Chief Investment Officer of ARK Invest, wrote a letter to Elon Musk making her case for Tesla to remain a public company. According to Ark Invest, Tesla shares are worth anywhere between $700 to $4,000 over the next five years, depending on how successful they are in developing autonomous driving technology.

In an open letter to Elon Musk, Catherine Wood wrote:

“Our $4,000 price target assumes that Tesla evolves from a hardware manufacturer with 19% gross margins to a company generating most of its profits from Mobility-as-a-Service (MaaS), a business that we believe will enjoy 80% gross margins. In the $4,000 scenario, our assumptions are conservative: we incorporate profits only from cars and certain autonomous taxi networks, not from trucks, drones, utility scale energy storage, or the MaaS opportunity in China. Further, we incorporate the roughly $20 billion in dilution that might be necessary to penetrate and scale the latter four markets. Clearly, most asset managers in the public markets do not agree with us, which is why I’m writing to you now.”

“A few weeks after Morgan Stanley said that Alphabet’s (GOOGL) autonomous driving unit Waymo could be worth a staggering $175 billion, analysts at Evercore ISI have calculated their own valuation: a possible $100 billion.” – Barrons

That’s nearly two to three times the current valuation of Tesla. So Catherine Wood may have a point here as no one really knows how far evolved Tesla’s autonomous driving technology is.

This is one of the many concerns that existing investors may raise as Tesla’s take-private plan heats up. Expect more to come, because there is certainly a huge group of people who think that Tesla shares are worth way more than $420 and still prefer the liquidity and regulatory comforts offered by a publicly listed firm.

It’s just the beginning. Expect more opposition to roll after the buyout proposal is released publicly.

Here is the full text of Catherine Wood‘s Open Letter

Dear Elon and Tesla’s Board of Directors,

As Chief Investment Officer of ARK Invest, a Tesla shareholder, I am writing to express some of our views about its outlook and investment potential. We believe that Tesla should remain a public company.

According to ARK Invest’s research, Tesla should be valued somewhere between $700 and $4,000 per share  in five years.1  Taking Tesla private today at $420 per share would undervalue it greatly, depriving many investors of the opportunity to participate in its success. In our view, given the right investment time horizon, TSLA is a deep value stock today.

Our $4,000 price target assumes that Tesla evolves from a hardware manufacturer with 19% gross margins to a company generating most of its profits from Mobility-as-a-Service (MaaS), a business that we believe will enjoy 80% gross margins. In the $4,000 scenario, our assumptions are conservative: we incorporate profits only from cars and certain autonomous taxi networks, not from trucks, drones, utility scale energy storage, or the MaaS opportunity in China. Further, we incorporate the roughly $20 billion in dilution that might be necessary to penetrate and scale the latter four markets. Clearly, most asset managers in the public markets do not agree with us, which is why I’m writing to you now.

Because many investors find ARK’s Tesla projections difficult to believe, I am providing some of our top-down and bottom-up models and assumptions. See Model Below. Led by our Director of Research, Brett Winton, our Industrial Innovation analysts, Tasha Keeney and Sam Korus, have been evolving for more than four years what I believe are the most comprehensive models of MaaS in the financial markets today. Their modeling spans autonomous taxi networks, autonomous truck platoons, electric vehicles (EVs) and energy storage, as well as air taxis and other drones.

Because of the short-term investment time horizon of investors in the public markets and inflated valuations in the private markets today, I understand why you may want to take Tesla private, but I must try to dissuade you. First, as a private company, Tesla will be unable to capitalize on its competitive advantages as rapidly and dramatically as it would as a public company, an important consideration given the network effects and natural geographic monopolies to which autonomous taxi and truck networks will submit. Second, in the private market, Tesla would lose the free publicity associated with your role as the CEO of the public company not only with the bestselling mid-sized premium sedan in the US, but also arguably in the best position to launch a completely autonomous taxi network nationwide in the next few years. Just ask Michael Dell: he wants to lead a public company once again for a reason. Third, you will deprive most of your individual investors of a security to bet on you and your strategy, ceding that opportunity to high net worth and institutional investors. Finally, if you do not take Tesla private, you will be surprised and gratified at investor reaction once they realize and understand the scope and ramifications of your long-term vision and strategies. With time, I believe that truth always wins out in the public markets, as has been the case for Apple, Amazon, Netflix, Salesforce, and other companies with visionary leaders.

As public equity markets continue to go passive, I believe we are witnessing a massive misallocation of capital, with innovation the most inefficiently priced part of the market. Tesla epitomizes this capital allocation problem and, when the market understands it, your stock should enjoy significant upside, serving as a valuable lesson for public market investors to reconsider their short-sighted ways. I believe firmly that you, your employees, your public shareholders and the world will be rewarded justly in the public markets over time.

The biggest surprise to me since founding ARK Invest is the lack of first principles research, particularly in the private markets, on truly disruptive innovation.  ARK Invest designed its research and investment management process to mirror that of open-source software collaboration, giving us the intellectual resources to dig into first principles. We share our research, our applicable trades, and our discussions with the various communities in which we serve and invest.

Please do not let the short-term thinking of professional public equity investors persuade you to take Tesla private.  I believe you will be on a much shorter leash in the private markets and will deprive a broad and loyal investor base of one of the most important investment opportunities of their lifetimes.

With great respect and admiration,