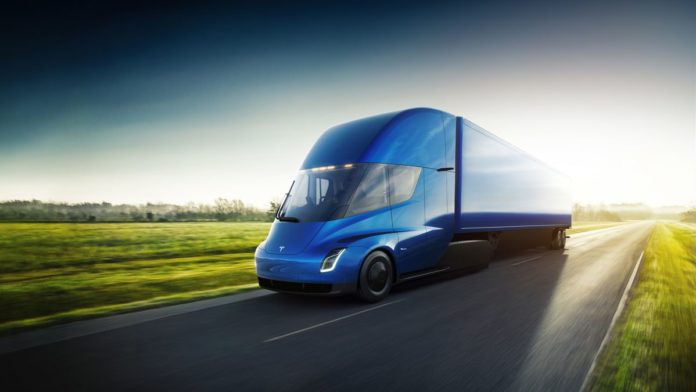 He does make a case. But is it strong enough?

At this point in time, he might be right. But not for long, and his argument doesn’t hold the kind of water it might had he not been speaking for a diesel engine maker with a $24 billion market cap; and one that’s heavily reliant on the commercial diesel segment for its revenues.

And it certainly doesn’t hold water if you believe that Elon Musk can make the Tesla Semi superior to any Class 8 diesel truck on the road today.

The Tesla Semi all-electric truck is already known to be quicker than any diesel equivalent, and it is a zero-emissions vehicle by definition. Mills might have had a case if not for his comment about the ability to recharge. With the Supercharger network forming a backbone for the Megachargers that Tesla Semis would need on long hauls, the case just isn’t strong enough.

What about other electric truck makers like Nikola, promising an upper limit range of 1000 miles versus a diesel truck’s 750 miles, and a refill time of 15 minutes, not to mention a partnership with Nel ASA to create the largest hydrogen network on the planet?

As a matter of fact, what about the AEOS concept big rig from Cummins itself? Is the company saying that its own concept is not viable at this point? Apparently so.

And that brings us to the real problem: the assumption that ‘not viable right now’ is the same as ‘not viable ever.’ It’s easy to miss that one.

Of course, electric trucks aren’t viable “right now” because there aren’t any viable electric trucks “right now.” But in the next decade, that’s going to change, and it’s not just because of Tesla. Companies like Nikola, Volvo, Daimler and Paccar are all planning for an EV future, with all-electric prototypes of their own. Who knows what range they’ll be able to offer in the next 10 years.

According to Mills, “Diesel will be the primary option for heavy duty trucking markets, long haul especially, for a decade or more.”

Freight hauling companies aren’t likely to switch from diesel to electric just to set a fashion trend, but if see long-term benefits to their bottom line and attractive return on investment, their loyalties will switch faster than you can say “fill ‘er up!”

And I believe that will start happening well before a decade. The key factors for electric trucks are price point, range, load capacity, charging efficiency and network, and service and repair costs. Electrics are already far cheaper to maintain and have longer lives than petrol or diesel vehicles, so it’s just a question of improving range, power and charging infrastructure while at the same time bringing costs in line with the most popular big rig companies in the business. And Tesla might have already achieved that tipping point with its all-electric Class 8.

The Musk-led company might be the one to make that breakthrough because of their experience with battery technology and their partnership with Panasonic. The company already claims to have reached an operational cost of $1.26 per mile for the Tesla Semi, compared to $1.51 for a diesel equivalent. There’s your ROI right there. The only thing that remains is to produce enough of them and scale up production to a level where it keeps becoming cheaper. That’s what the Model 3 is going through at the moment, which is why the company is confident of being able to release the $35,000 standard battery version in the next few months. The Semi is likely to go through that same cycle.

Why does Tesla have the advantage right now? At the end of the day, all the factors we spoke about are around battery and drivetrain efficiency and capability. That’s the one barrier that needs to be broken to make all-electric Class 8 trucks a common sight on America’s and the world’s highways.