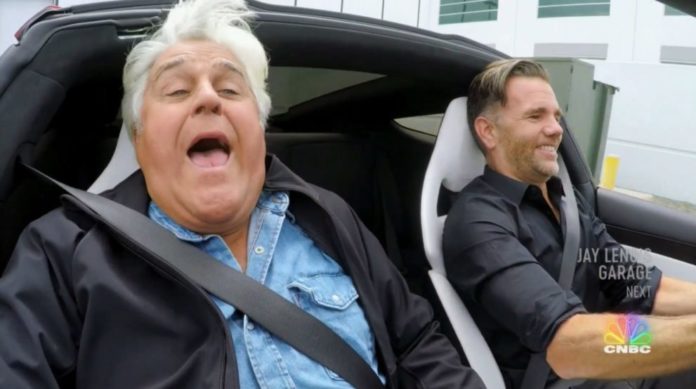 If you watched CNBC’s Jay Leno’s Garage earlier today, you might have seen the legendary comic doing this: 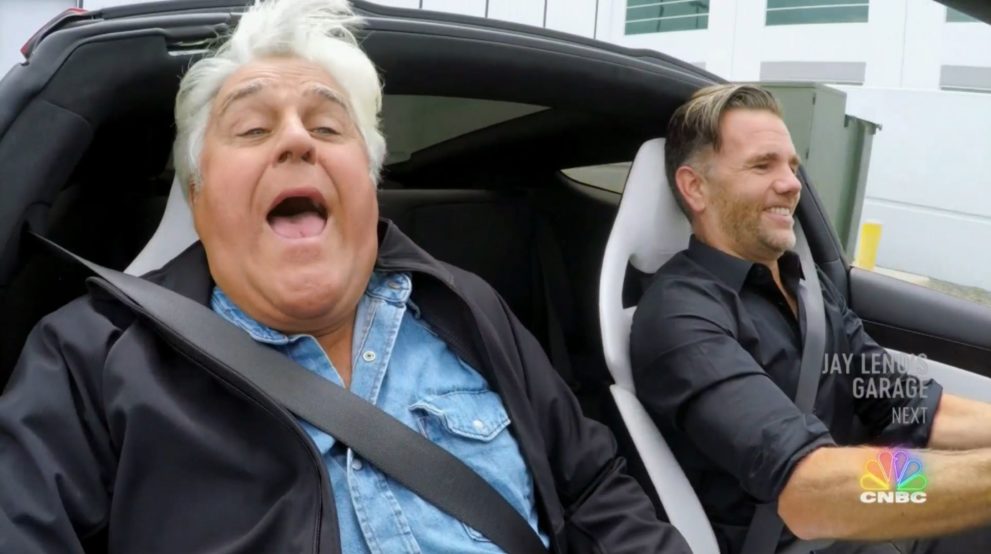 Don’t worry, it’s just Leno screaming “I’ll buy it. I’ll take it.” to Tesla’s Chief Designer Franz von Holzhausen, seen grinning uncontrollably by his side and flooring the next-gen Roadster (2020) on the show.

The legendary comic has retired from his late-night talk show, but he’s no less active now that he showcases some of the world’s most awesome cars on this CNBC show Jay Leno’s Garage.

Leno’s passion for cars is well known. His collection is truly unique, ranging from a steam-powered 1906 Stanley Steamer Vanderbilt Cup Racer that can still do 65 mph, to the famous Tank Car or Blastolene Special made by Randy Grubb and Mike Leads, better known as the Blastolene brothers.

But nothing seems to have prepared Jay Leno for a journey back into childhood as he pulled out all the stops and exuded sheer joy when faced with the new generation Roadster that’s expected to be out in 2020.

Here are some photos that were taken during the show. All images are copyright of CNBC, naturally. 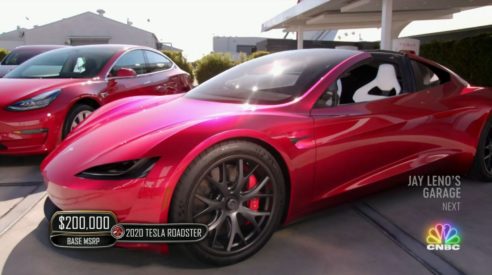 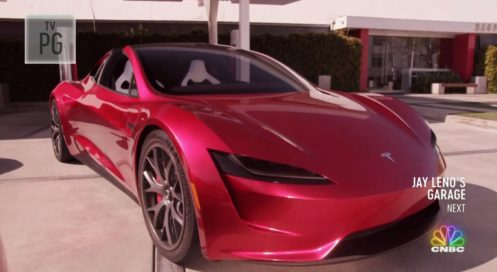 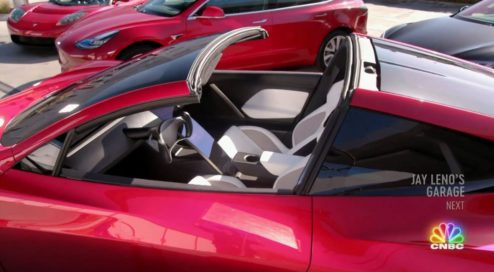 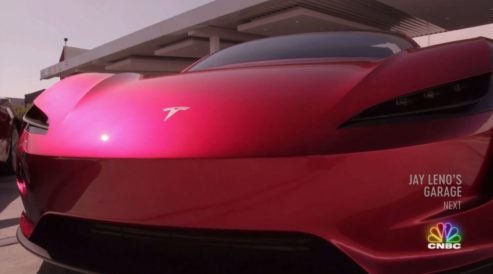 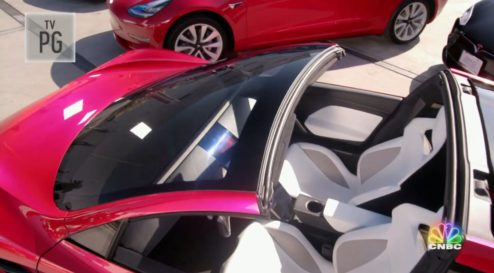 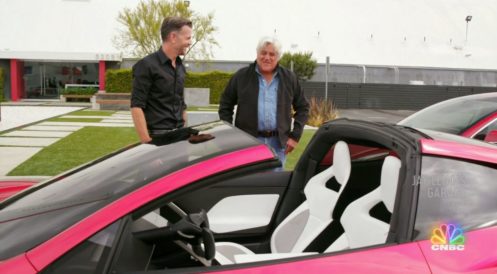 The car is essentially Musk’s “hardcore smackdown to gasoline-powered cars,” and he seems to have achieved what he was after.

Here are some of the car’s mouth-watering specs:

At a starting price of $200,000, it’s not a mass production car, but it is certainly a production car. In every way, it is Tesla thumbing its nose at every production gasoline car ever built. Not bad for a company that’s focused on bringing the price point of EVs downward with every batch of Model 3 that rolls out of the Fremont factory in California.