After being ridiculed for introducing an old-fashioned combat/engineering robot earlier this week – dubbed ‘Igorek’ or Little Igor – Russian arms manufacturer Kalashnikov has unveiled another stunner that is receiving mixed reactions. The retro-styled “supercar” called CV-1 was unveiled at an event near Moscow earlier today. 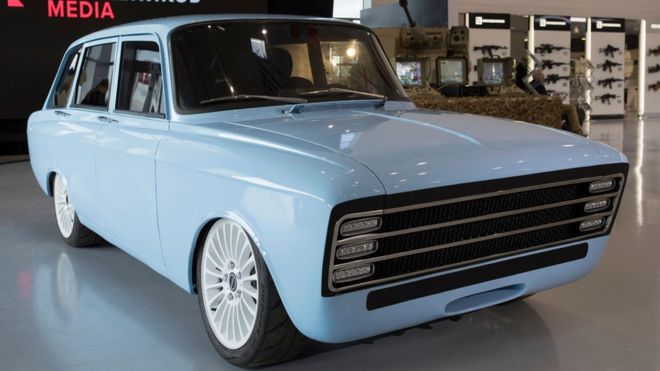 According to the company, the car contains complex tech that will “let us stand in the ranks of global electric car producers such as Tesla.” A bold statement, for sure, but it comes from a company made famous by its AK-47 assault rifle. So…ummm…we’re not criticizing them too much.

We genuinely think it’s a very cool car. It’s got a 220-mile range and comes in eggshell blue (at least, the showcase car does), which is about all we know about this top-secret project right now.

Of course, the unveiling was followed by the usual quips…stick to tanks…stay away from cars…and so on. But the company is majorly into diversification and even took on a new avatar in 2014, changing its logo and branding in a dramatic way. One highly placed Russian official, Sergei Chemezov, head of Russian Technologies, a state-owned entity which has a controlling stake in Kalashnikov, even said that “he hoped the new brand would become as well known as Apple across the world.”

Not likely, but the company is certainly moving in a good direction with its “supercar” that’s eerily (and purposely?) reminiscent of the Lada brand from the 1970s. The company says it’s based on a “Soviet hatchback created in the 1970s.” We think it’s either the Lada or the Yugo, but my bets are on the Lada being the ‘roll model’ for the CV-1. 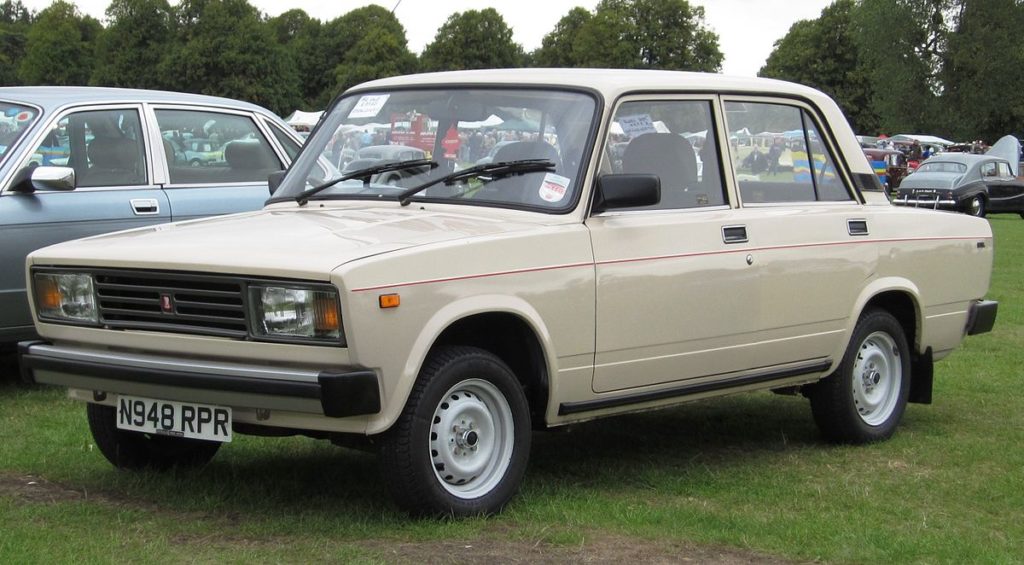 Although the Lada was literally ridiculed out of the market several years ago, it left an indelible impression on the automobile market and is now considered a classic. Not bad for a car that gave rise to this headline in the Daily Mail:

“This time, it’s no joke: Russia consigns laughable Lada to the scrapheap (at last)”

It’s a ‘love-it-or-hate-it-but-can’t-ignore-it’ type of car. Why else would someone make a limousine from a Lada 1200? 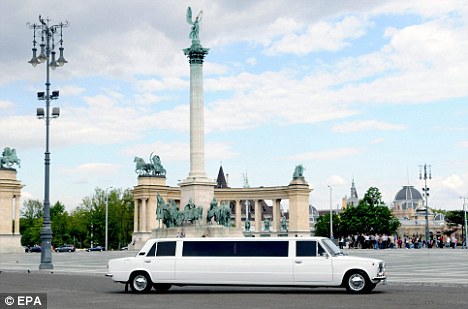 The company that made Lada – The AvtoVAZ Group – is now a part of Alliance Renault-Nissan-Mitsubishi and the brand has had a successful revival, selling 311,588 units in Russia in 2017, a 17% increase over 2016, with 20% market share of passenger cars.

Despite the mixed reviews when the car was in its heyday, the Lada sold a total of 20 million cars during 40+ years of production. Definitely not “laughable” by any standard.

The CV-1 might do well considering this is Russian-built and will be promoted aggressively when it goes into production. The only problem would be a charging network, which Russia tried to enforce by mandating that all gas stations should have a charging point for EVs by November 2016.

It’s hard to tell what the compliance rate might be as of 2018, but even if it is high, which is unlikely because of a combination of lack of sales volume (82 units in 2017) and sub-zero temperatures, the sheer distances between Russian cities would make cross-country driving impossible. Here’s just a small sample to show you what we mean. 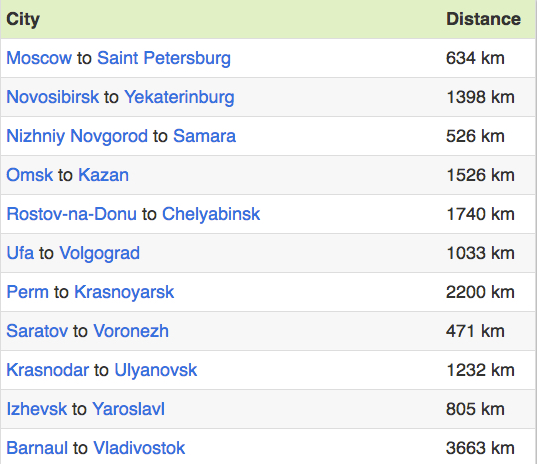 One report in March 2018 from Autostat counted 53 “operational” charging stations in Moscow, and electric grid company MOESK is pushing to increase that to 150 by 2019. By stark contrast, Paris has 750 charging stations even though its population is 30% less than that of Moscow.

That being said, the EV market in Russia is starting to pick up the pace, albeit slowly. According to the energy ministry:

“In general, we expect a significant growth in the EVs market, which will amount to up to 5% of Russia’s automobile fleet by 2035. The actual prospects for the market, however, are heavily dependent on technological developments that aim to reduce the cost of EVs and develop infrastructure.”

There isn’t a specific timeline for the CV-1 to be released at the moment, but at least we know that one of Russia’s most famous companies is behind this EV’s development.