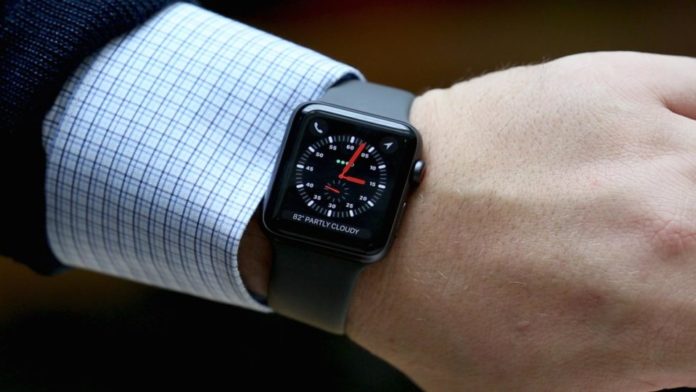 Apple Watch is a great smartwatch on the market. Apple’s wearable device is getting better and smarter and has become a useful item, rather than a luxury device on your wrist. Apple Watch is now a bigger deal than you think as you can do a lot more with your smartwatch like controlling your music or getting your health data.

Last year, Apple announced the third generation Apple Watch to the public after months of leaks and reports. The best part is that Apple finally added the LTE connectivity to its watch lineup, allowing users to listen to music without the need for a nearby iPhone.

According to the latest reports, the Apple Watch 3 with LTE connectivity now dominates the market. In the first quarter of the year, Apple shipped more than 4 million smartwatch units, beating Samsung and Fitbit on the market.

This year, Apple is expected to announce the Apple Watch Series 4 at its September event. The upcoming wearable is believed to follow the huge success of its previous models on the market. The Apple Watch 4 promises major upgrades through a reworked user interface and innovative features.

Earlier this week, sources claimed that the Apple Watch 4 will come with an edge-to-edge display at launch, allowing for a higher pixel density and more details. This adds up to what we heard in previous rumors that Apple has been working on a new display technology for its smartwatch.

Apple Watch is the first Apple device with an OLED display panel. LG Display is Apple’s sole supplier of OLED panels for its wearables on the market. The South Korean firm will also join Apple’s iPhone supply chain this year. However, the company will be in charge of manufacturing LCD panels.

According to the latest sources, the upcoming Apple Watch will come with smaller bezels and a wide range of new watch faces at launch. Some leaks show that the fourth generation Apple Watch will have a new hole between the side button and Digital Crown. However, it remains unclear what the hold is used for. Sources claim that there will be a dedicated button for the microphone on the new watch.

Earlier this week, sources say that the Apple Watch 4 will be compatible with all current straps and bands out there. Besides, Apple will introduce more bands and straps when the device releases this year.

In reality, the 5th generation Apple Watch was previously rumored to make its debut back at this year’s WWDC event. However, Apple skipped the event and will announce it on September event. This comes as a surprise as the September event belongs to new iPhone models.

Apart from the new iPhone models and Apple Watch, Apple is expected to announce the new MacBook Pro models and iPad Pro. In reality, Apple announced a new 9.7 inch iPad at its education event in March, but the device mainly targets schools. Apple needs something special to take on other rivals on the market as its iPad lineup is falling behind Android-based tablets.