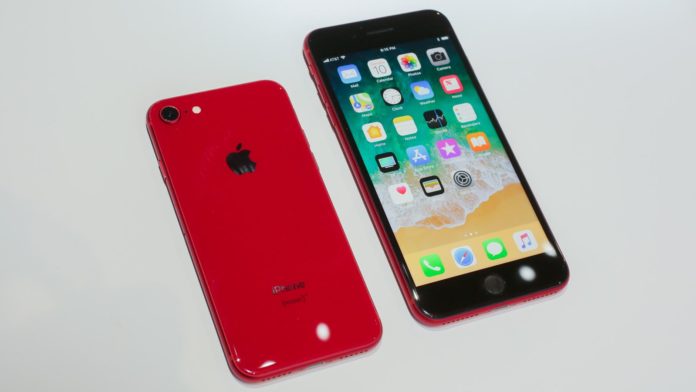 Apple iPhone is one of the best smartphones you can buy right now out there. Despite featuring the same design language as its predecessors, the iPhone 8 shines out there. With the iPhone 8, Apple re-adopted an all-glass back design which was once a fan favorite.

According to Apple, the iPhone 8 was the best-selling iPhone model in the second quarter of the year. Specifically, the Cupertino company firm shipped more than 15 million iPhone 8 units, which helped Apple remain its dominance on the market.

However, Apple iPhone 8 is still an expensive item out there. Buying an iPhone 8 outright will set you back around $699 in the US. Owning a brand new iPhone 8 is pretty exciting, but what if your shiny iPhone model fails to work properly.

The Cupertino company today launched a new logic board repair program for all iPhone 8 models on the market. Apple’s move comes a few days after reports of an issue that causes the device to restart, freeze, and respond slowly.

According to Apple, users will able to check if their iPhone models are infected or not by visiting a website. Once they are in, users simply need to enter the serial number as required and they should see all the information they need.

Apple claims that iPhone models that were shipped between September 2017 and March 2018 in some markets like China, Japan, New Zealand, or the US are affected by the issue. The Cupertino firm also says that the problem hits the iPhone 8 only, meaning that other models are safe and sound.

If you are among those users who have been hit by the issue, then you can make an appointment at a local App Store. Besides, you can contact an Apple Authorized Service Provider to get support. Apple says that the repair program may not be available in some markets, so make sure users check if they live in supported countries before proceeding.