After waiting more than two months for the release of Version 9 of Tesla’s software for the Model 3, Model S and Model X, Tesla CEO Elon Musk has finally given a firmer timeline. As it stands, early access users will get it “in a week or two” and a broader rollout is scheduled for the end of the month.

In classic candid Musk style, the billionaire entrepreneur casually mentioned that he’s got it installed in his own car, but that “it’s not right yet.”

Am running it in my car, but it’s not right yet. Hopefully, will release to advanced early access users in a week or two, then more broadly towards end of month.

Version 9 is the update that promises to start introducing FSD (full self-driving capability) features. A full feature-set for FSD will only come in v10.0. Going by the timeline between v8.0/v8.1 and v9.0, that could be up to two years from now. And then there are regulatory hoops to jump through before it can be release as a full self-driving feature.

FSD itself will require an upgrade to Hardware 3.0, and that’s only expected to arrive either before Christmas 2018 (earliest), or in February 2019. The upgraded computers will likely contain the new AI chip that’s been developed in-house at Tesla under Pete Bannon, formerly of Apple, Inc.

Tesla has claimed that it has developed the “world’s most advanced computer for autonomous driving” thanks to the new chip that’s being made from the ground up – from design and architecture to testing, manufacturing and deployment. Bannon previously headed the initiative for Apple’s own in-house A5 through A9 chips.

The Hardware 3.0 upgrade won’t be required for customers with the EAP package, only the EAP+FSD package, which comes at a combined price of $8000 if ordered prior to delivery, or as a $10,500 upgrade after delivery. 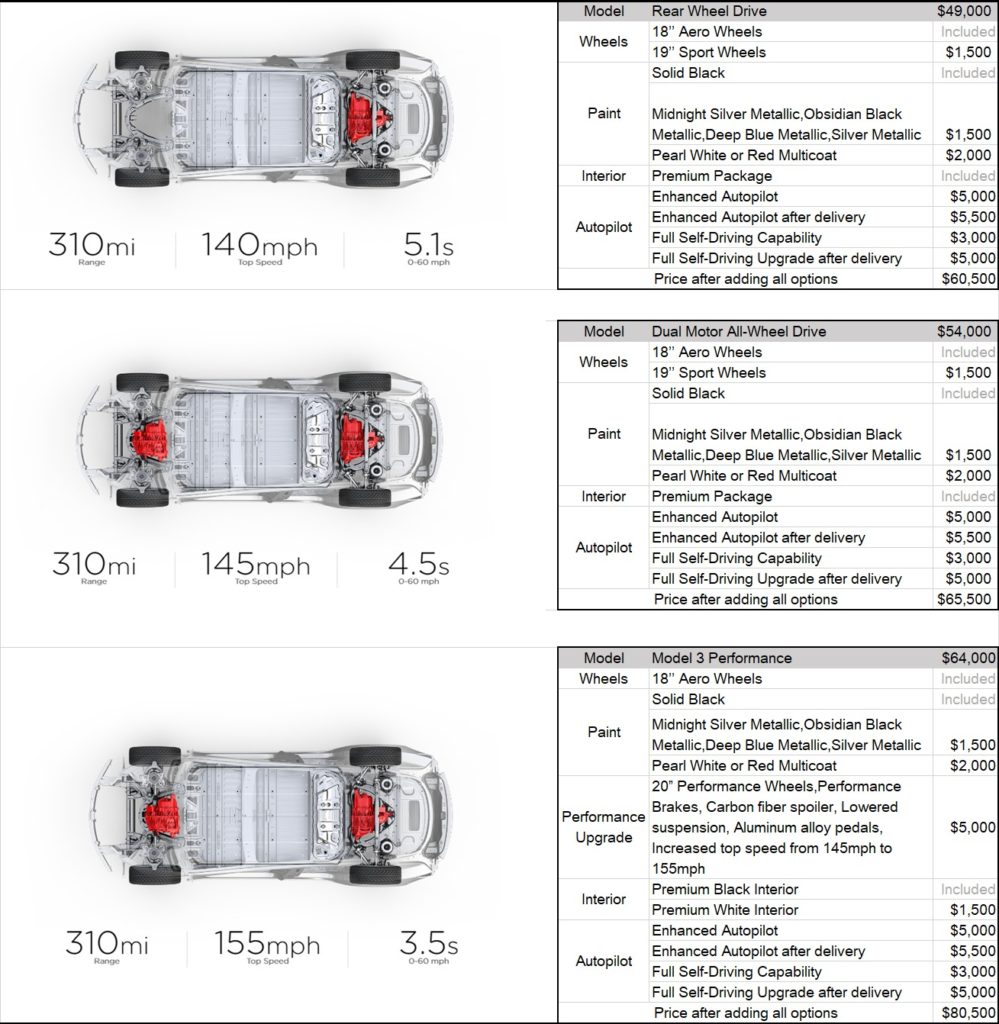 According to an earlier tweet by Musk, the Hardware 3.0 upgrade is free for anyone who has already ordered the FSD option. That means Model 3 owners with EAP might have to pay extra for the upgrade if they haven’t already taken the FSD package. That’s still not clear.

What to Expect in Tesla Software Update v9.0?

We published a list of possibilities earlier, reproduced here: