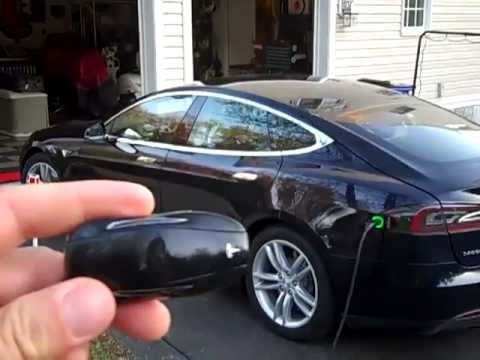 Tesla’s EVs like the Model 3 and the Model S are said to be some of the safest cars in the world. But are they the most secure, in that they can stop thieves from stealing (and keeping) them?

Security research group Computer Security and Industrial Cryptography (COSIC) has just discovered a vulnerability with the keyless entry and start system on the Model S, a system also used by brands like McLaren. The security flaw lets them open and start the car without the need to simultaneously be close to the key fob and the car.

The flaw can be negated if the car owner disables keyless entry, but that’s something that has to be done manually. Most Model S owners won’t want to do that because it takes away a really useful feature.

The video below shows how it’s done:

There are also advanced hacking methods for the key card used in the Model 3, but that works differently, as a relay attack that sends the signal from one device near the owner to another near the car to mimic the owner being near the car. That flaw can also be plugged by disabling the keyless entry system.

The flaw is with the Pektron systems that are installed in the Model S as well as McLaren and other premium car brands.

Why Tesla MUST Dominate its Own Aftermarket Segment, and How It’s Doing Just That