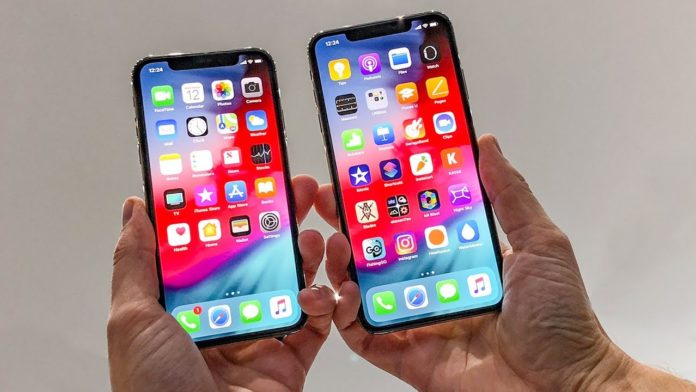 Apple iPhone is getting better and smarter over time. First introduced back in 2007, Apple’s iPhone lineup quickly became a phenomenon in the world, with hundreds of millions of units sold. The original iPhone received mostly positive reviews, with praise directed at its premium design and innovative features.

Back in 2008, the iPhone 3 followed in the footsteps of the original model. But, the device was cheaper and more innovative. The device set a sales record with more than 8 million units shipped during its first weekend. Apple iPhone has changed so much since then as the Cupertino firm is catching up with the latest smartphone trends out there.

In 2016, Apple announced the 4.7 inch and 5.5 inch iPhones, which marked the first time Apple was moving away from its 4-inch iPhone models. The change quickly led to a significant growth in sales performance. Apple reported 10 million iPhone 6 and iPhone 6 Plus units shipped in the first three days of availability.

This year, Apple iPhone gets bigger with the introduction of an iPhone XS Max. The XS Max sports the largest 6.5-inch display we have ever seen on an iPhone, offering a more enjoyable experience for users. Besides, Apple also unveiled a cheaper iPhone XR, which is packed with a 6.1 LCD display, while the iPhone XS features the same 5.8-inch screen size as the iPhone X.

2018 iPhones do not bring revolutionary changes to Apple’s smartphone lineup, as the firm mainly focuses on hardware improvements. However, there are still lots of cool features you should check out.

In the section below, we have rounded up all the cool new 2018 iPhone features you should know about. For some background, the iPhone XS and iPhone XS Max are now available for pre-orders at retailers and carriers out there. And, deliveries are expected to arrive on September 21.

At this year’s September event, Apple confirmed that the iPhone XS and iPhone XS Max will include support for Dolby Vision and HDR10. In reality, HDR (high dynamic range) is not something new out there as it has been part of TVs for years as well as offers brighter details for a better experience.

In this case, HDR10 technology is coupled with Apple’s Super Retina OLED displays, which promises to deliver a much-improved quality and more details. What HDR does is to enlighten the dark areas to enhance details so you can see a lot more on the screen. HDR is pretty useful if you play horror games or watch movies on your phone.

This year’s iPhones also support Dolby Vision technology. Basically, Dolby Vision is a premium HDR format that is widely adopted on the market. Dolby Vision offers a huge improvement to your viewing experience. To achieve this, it optimizes the way your TVs or monitors deliver HDR pictures.

In short, Dolby Vision HDR is one of the biggest additions to this year’s iPhones. On the iPhone XS Max with Dolby Vision HDR support and a huge 6.5-inch OLED display, watching Netflix or iTunes is spectacular.

Water resistance first made its way into Apple iPhone in 2016. This year, Apple has taken the water-resistant feature on its iPhone to a whole new level. Both iPhone XS and iPhone XS Max are IP68-certified, making them the first iPhone models with this technology,

For some background, a smartphone with an IP68 rating is protected from both harmful dust and immersion in water up to two meters for 30 minutes. According to sources, Apple tested its iPhone models in the sea to make sure that everything runs smoothly ahead of the final release.

In reality, most top-tier smartphones out there are also IP68 certified. And Apple does not want to get left behind. However, keep in mind that iPhone XS and iPhone XS Max are not water-proof. A phone that is waterproof implies that water cannot damage it or penetrate it. So, we would not recommend that you swim with your iPhone.

Tap to Wake has been part of Android-based phones for years. As the name implies, the feature allows you to wake up the display of your phone with a simple tap. Last year, Apple finally added the feature to the iPhone X, which was widely welcomed by users and tech experts.

This year, the iPhone XS and iPhone XS Max retain the Tap to Wake feature from the last year’s iPhone X. However, it is no longer exclusive as Apple expanded it to iPhone XR. For some background, the iPhone XR is a cheaper iPhone model that starts at $749. The biggest difference between iPhone XR and iPhone XS lies in the display panel. The XR features an LCD display that offers lower pixel density than an OLED panel.

With this year’s iPhones, Apple allows users to record stereo sound while shooting videos. The feature is available on all three iPhone models this year. This comes as surprise as the iPhone XR is much cheaper than its siblings.

This year’s iPhones will hit retail stores in more than 30 countries on September 21. Apple is expecting to ship more than 10 million units on launch day. Let’s wait and see.

Are you planning to buy one of this year’s iPhones? Let us know in the comments below.