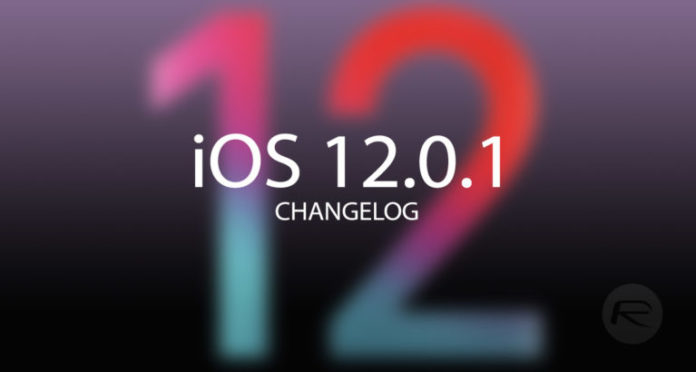 Apple this week released the iOS 12.0.1 update after several complaints of bugs in the original iOS 12. These include charging issues in iPhone “XS” and “XS Max”, as well as older devices that were upgraded to the latest iOS version. What does the iOS 12.0.1 update contain, and should you upgrade to it?

Since this is a very minor update, only install it if you’re facing the specific iOS 12 issues related to Wi-Fi connectivity, charging, Bluetooth, video subtitles and the position of the “.?123” key on the virtual keyboard, all of which the update addresses. If not, we suggest that you wait for the next major release, iOS 12.1, which is currently in developer beta.

“iOS 12.0.1 includes bug fixes and improvements for your iPhone or iPad. This update:
– Fixes an issue where some iPhone XS devices do not immediately charge when connected to a Lightning cable
– Resolves an issue that could cause iPhone XS devices to rejoin a Wi-Fi network at 2.4 GHz instead of 5 GHz
– Restores the original position of the “.?123” key on the iPad keyboard
– Fixes an issue where subtitles may not appear in some video apps
– Addresses an issue where Bluetooth could become unavailable
– For information on the security content of Apple software updates, please visit this website: https://support.apple.com/kb/HT201222”

The issues above have been reported on multiple devices, including various models of iPhone and iPad. It’s surprising that Apple didn’t catch any of these in beta tests prior to the public release of iOS 12. Incidentally, Microsoft went through a similar situation with the Windows 10 October 2018 update, which they subsequently had to pause.