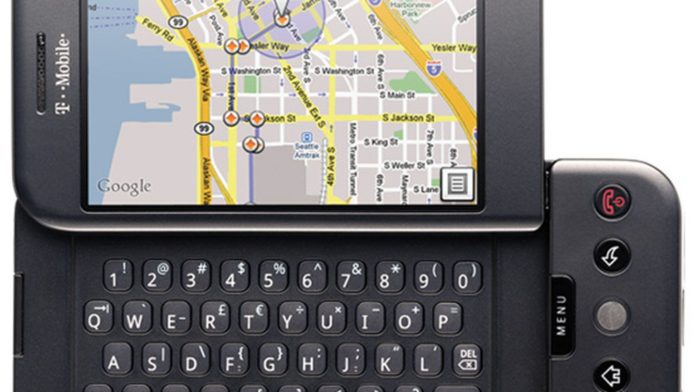 The Pixel range of phones – and, by extension, the Nexus series – has been a favorite of many users as it blends simple design with a great user experience. The new Pixel 3 family of smartphones takes this sweet recipe and sprinkles in a bit more, be it the new improved cameras, the much larger displays, the more powerful processor and the latest iteration of Google’s operating system – Android 9.0 Pie. All of it is an improvement that aims to make it the best phone ever #MadeByGoogle. The Pixel and Nexus series of smartphones have an interesting history filled with great phones. HomeTop decided to take us on just such a journey of all the past Google phones through the medium of an infographic which they created.

The infographic starts with the HTC G1, a phone that was neither a Nexus nor a Pixel but was more important than any of them. The G1 was the very genesis of the Android OS that we know today; it started a revolution, a different direction to what iOS, Windows Mobile or Symbian could deliver. The G1 wasn’t a gaming phone, it wasn’t a camera phone, nor was it particularly good at something; but it started something much bigger than itself. The result, as you know, speaks for itself, with Android being the dominant player in the smartphone OS market with only one large competitor: iOS.

The first Nexus phone, then, was the Nexus One created by HTC. It was based on the HTC Desire and had better specs than the G1. There was an AMOLED display, better software, higher resolution camera and a much better design. With the first Nexus, the series of phones came to be known as devices that offered an unadulterated experience according to what Google had hoped for Android to be. The Nexus phones got regular and quick updates and were supported for at least two years. All this was at a time when most phones never got updates or had heavy, laggy skins plastered on them. People loved it, and although the Nexus One did not set fire to the sales charts, it was a step in the right direction which spawned many more devices that have been the darlings of Android fans. Smartphones like the incredibly versatile Nexus 5, the beautiful Nexus 4 or the curvy Nexus 6 owe their success to the Nexus One and the HTC G1.

But the Nexus series stopped with the Nexus 5X and Nexus 6P. Google had other plans. The Nexus phones, especially in their last three iterations, had lost a lot of their value and appeal, and that showed the direction Google wanted to take the lineup in. So, in 2016, they shut down the Nexus program and we got the Pixel range of devices.

The Pixel phones were again simple and minimalistic in their designs, but got great cameras, special software features and bumped-up prices. But even with these increase in prices, they have managed to do well, and some of the Pixels are known for their excellent cameras. The Pixel 2 XL, especially, is highly coveted for its single sensor camera that performs brilliantly in most lighting conditions.

Now that the Pixel 3 and Pixel 3 XL have finally been revealed, let’s take a walk down Nostalgia Avenue. Check out the infographic below and let us know which of the phones you’ve had or continue to use? And which was your favorite?