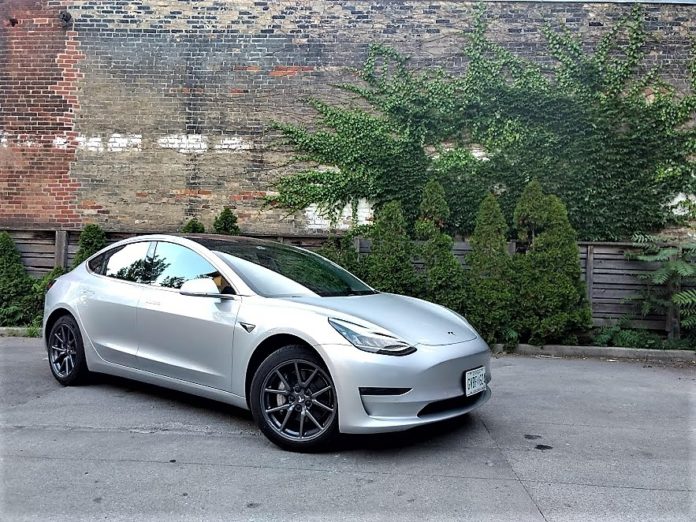 Cutting down a few cells and reducing battery range is all it takes to slash the price of a car by nearly $4,000, apparently. Tesla has recently released a Mid Range Model 3 for $5,000 before savings and tax credits, and the only thing different between this and the base RWD model that was on sale for $49,000 is the battery capacity.

The company has also quietly pulled down the FSD (full self-driving) package from its online Design Studio, prompting speculation that there could be a problem with consumers regarding that particular option. “Causing too much confusion” was all Musk said in a tweet earlier this week.

Also available off menu for a week. Was causing too much confusion.

The promoted pricing of $30,700 is the maximum possible savings, of course, and even that might not be realistic. Tesla recently said that orders placed after October 15 weren’t guaranteed to be shipped until 2019. If that’s true, then people who order this model won’t get the full $7,500 tax rebate: they’d only get half, or $3,750. However, the company has also confirmed that this particular model, the Mid Range Model 3, has a delivery time of about 6 to 10 weeks, which puts it at the fag end of the year.

Meanwhile, the 260-mile range on the new variant should be enough for most city users to get from Point A to Point B. In addition, the constantly growing Supercharger network means intercity or cross-country travel will no longer cause range anxiety for low-range EVs. That’s why Tesla is able to cut a big chunk out of the cost by reducing the number of cells in the battery pack.

It’s very likely that the reason for the Mid Range model is that most customers were gravitating towards the AWD and Performance editions, anyway. With low demand for the RWD being a potential problem, Tesla made a call and decided to cut the price even further to create a distinct category with a clear price advantage over the Long Range models. Smart move, but it remains to be seen how effective it will be in terms of generating additional demand.

The big question now is when the Standard Range Model 3 will be available at the long-ago promised price of $35,000 without considering gas savings and rebates. The best estimate is May 2018, but Tesla has to be able to get at least 10,000 Model 3s out the door every week for at least a few weeks before that can happen.

It’s a good sign that they’ve settled into a nice 5,000 cars a week cadence over the past three weeks or so, but that has to be doubled before Tesla can launch overseas and start planning the release of a $35,000 Model 3. They could do it right now, but it would likely put the car’s range at under 200 miles, a line that Tesla won’t want to slide back to after achieving tremendous range capabilities on other models.

As such, it’s a delicate balance of market dynamics and production capabilities, but we’re confident that prices are going to keep coming down until Tesla can reach out to the true mass market with cars in the $25,000 to $30,000 range that comprises some of the best selling cars in America, including the Camry and Corolla from Toyota, and the Accord and Civic from Honda.