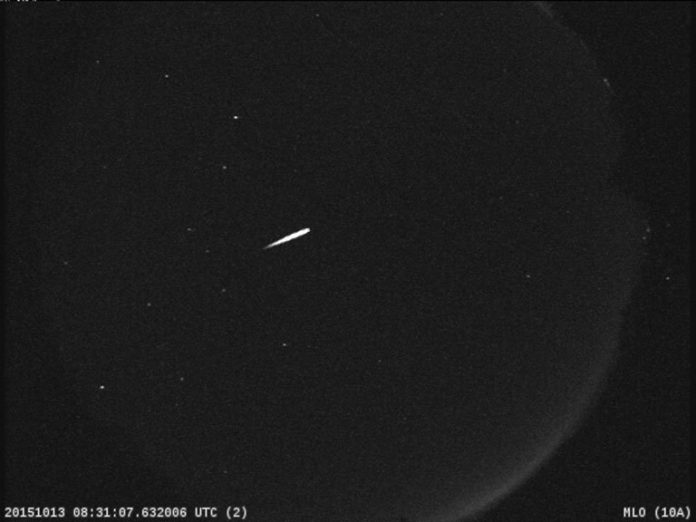 In case you missed the Orionid meteor shower on Sunday night, you can still see it through the early hours of Monday morning, according to Space.com. The best time is 2 am ET, but it will be visible until about 5 am ET – before first light.

Traveling at 148,000 mph, or 193 times the speed of sound, some of these meteors might turn into fireballs, according to NASA.

But it might not be as clear as you’d like. It all depends on whether or not the moon messes with visibility due to its relatively blinding light. Once the moon has set, you should be able to get a glimpse of the shower.

To convert 2 am ET into your local time, you can use something like WorldTimeBuddy.

Some Nuggets about Orionids:

“These meteors are fast—they travel at about 148,000 mph (66 km/s) into the Earth’s atmosphere. Fast meteors can leave glowing “trains” (incandescent bits of debris in the wake of the meteor) which last for several seconds to minutes. Fast meteors can also sometimes become fireballs: Look for prolonged explosions of light when viewing the Orionid meteor shower.”

How to View the Orionid Meteor Shower

“The Orionids are viewable in both the Northern and Southern hemispheres during the hours after midnight. Find an area well away from city or street lights. Come prepared with a sleeping bag, blanket or lawn chair. Lie flat on your back with your feet facing southeast if you are in the Northern Hemisphere or northeast if you are in the Southern Hemisphere, and look up, taking in as much of the sky as possible. In less than 30 minutes in the dark, your eyes will adapt and you will begin to see meteors. Be patient — the show will last until dawn, so you have plenty of time to catch a glimpse.”