David Einhorn, the founder of New York-based hedge fund Greenlight Capital, wrote in his third-quarter 2018 shareholder letter that the fund “had another difficult quarter and lost an additional 9.1% bringing year-to-date loss to 25.7%.”

According to this CNBC report, Greenlight Capital gained 1% in October and lost 25% in the first ten months of 2018. Though Einhorn either completely exited several positions (Mylan) while trimming some (General Motors, Perrigo, CNX), it is still not very clear about the status/size of his position on Tesla.

Greenlight’s third quarter ended on September 28, 2018, when Tesla was trading around $260. The stock price has now surged to $360. If Einhorn didn’t trim his position in the last 45 days, his second biggest third quarter winner would have quickly turned into a fourth-quarter nightmare. 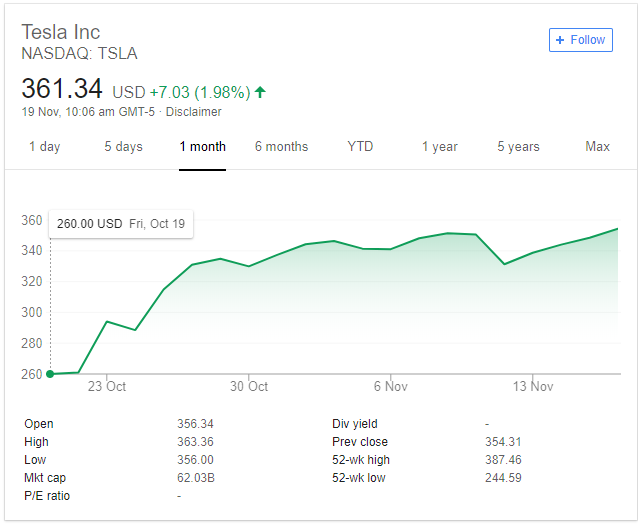 The odds of Einhorn holding his short position in Tesla is quite high. According to Einhorn, there are many parallels between Tesla and Lehmann. He wrote, ” TSLA is expected to make and deliver more than 65,000 Model 3s in December quarter. It might be able to make them, but without an order backlog there is very little chance that there is enough demand to sell them. We expect a large revenue and earnings disappointment in Q4.”

Einhorn’s theory is surprising because Tesla sells Model S and Model X in nearly 30 countries around the world. International markets account for nearly half of Model S and X sales.

Model 3 is sold only in two countries, the United States and Canada. The premium luxury sedan market in Europe and China is huge and if there was a demand shortfall in North America, Tesla can easily compensate for it by exporting Model 3 to Europe and China.

Tesla Shorts headed for the exit: 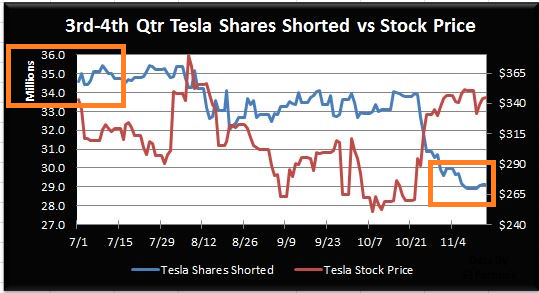 As TSLA  continues to surge, the shorts have slowly exited their position. Data from analytics firm S3 partners show that Tesla short position has decreased from 35 million shares in early July to 29.14 million by mid-November.

Declining short position + stock price increase = Indication that short sellers are not considering that the price increase is a bubble that needs to be burst.

The electric car maker surprised everyone by beating both topline as well as bottom line expectations in the most recent quarter. The company reported adjusted net earnings of $516 million while guiding GAAP profits for the fourth quarter. Cash and equivalents increased by $731 million.

As Tesla slowly bought its financial house in order, the odds of the company being forced to access capital markets to raise additional funding decreased,  blowing a massive hole in the “Tesla will be bankrupt soon” theory.

“Tesla announced that it had 450k reservations in June of 2017. So, anyone who put in a reservation and waited almost certainly did not buy a Mercedes / BMW / Audi last year. So we should have seen a decline in 2017. Yet, we see a decline in 2018, which means that people who are making their current car choices are moving away from other brands. Take a look at the chart below — If TSLA demand is because of backlog, then why is the year over year declines for these brands accelerating every month in an economy that is booming?” – Andrew Left 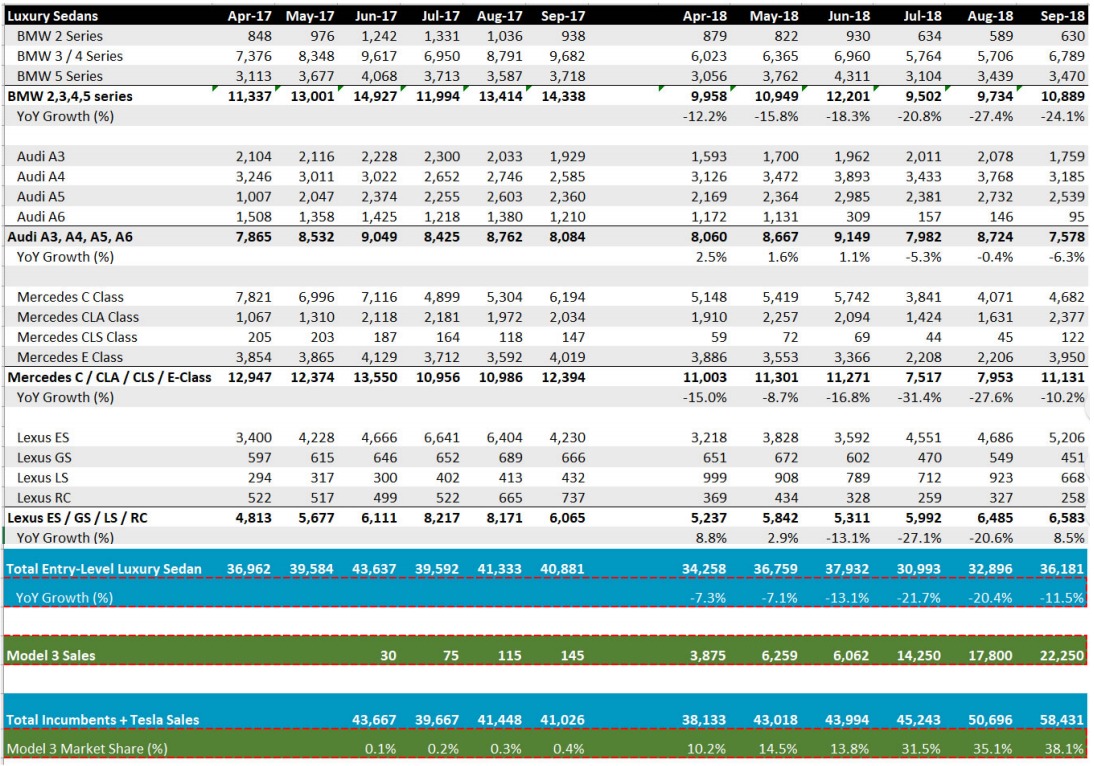 Short sellers need the market to be on their side to make their play work. If the market sells, then it becomes easier for them to exit the position with profits. When positive sentiment firms up, it becomes difficult to exit large positions.

The further Tesla travels down the road of profitability, the harder it will become for Tesla shorts to hold their position. At least not in the order of tens of millions.