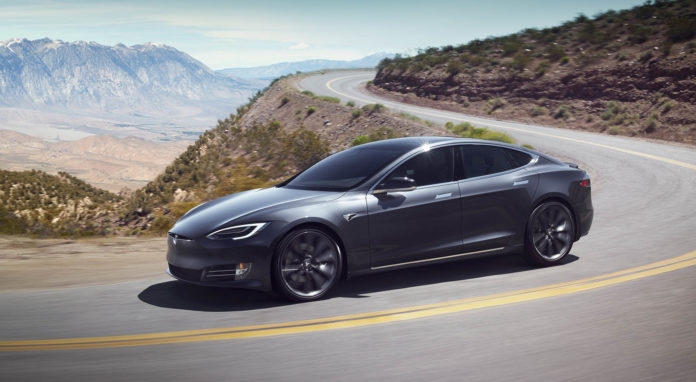 Tesla announced recently that the company will absorb some of the tariff increase in China by slashing its price by 12% to 16%.

Tesla was the first auto company to increase its price by 20% in July this year when China decided to retaliate to the US moves by increasing tariff on goods exported from the United States.

“U.S. carmaker Tesla Inc has hiked prices on its Model X and S cars by about 20 percent in China, the first automaker to do so in the world’s top automotive market in response to mounting trade tensions between the countries.” – Reuters (July 9, 2018)

“The electric carmaker announced Thursday that it will slash prices of its Model S sedan and Model X SUV by between 12% and 26%, even though higher Chinese tariffs on US autos have made it more expensive to import cars.” – CNN (November 22, 2018)

Compared to July, Tesla will now be absorbing around $10,000 on every base Model S and X the company sells in China. With five more weeks to go in the quarter, the price cut will undoubtedly boost sales as Tesla tries to close out 2018 by delivering 100,000 Model S and Model X.

Tesla is not the first auto company in the world to offer end of the year discounts to achieve its sales targets, and it won’t be the last.

Because December has always been the best time to be a car buyer.

“December tends to deliver the deepest discounts of the year, with buyers receiving an average 7.7% off MSRP, TrueCar.com finds—vs. 6.8% in January, for instance.

But according to several analysts and financial writers, the global demand for Model S and Model X is weak. Tesla is slashing the price in China because the company is not able to divert sales to other countries.

In Europe, Tesla has sold 22,508 Model S and Model X till October this year, compared to 20,772 units the company sold in the same period.

The US and Europe have compensated for some of the sales decline the company experienced in China in the second half of 2018. But Tesla still needs to lift things in China as the company sold nearly 16,500 units in the country last year.

Offering discounts in China a.k.a absorbing additional tariffs wasn’t a great idea in the third quarter when the company was pulling every lever at sight to strengthen the bottom line. Now that the company is there(profitable), there is nothing wrong with Tesla using its strengthened financials to give its December sales a boost.

Our target of delivering 100,000 Model S and X vehicles this year remains unchanged.

Tesla delivered 27,600 Model S and Model X units in the third quarter of 2018 which is 1,670 units more than what the company delivered in the same period last year. Global sales increased despite a 20% price increase in China.

Either Chinese buyers kept buying Tesla despite the price increase or Tesla successfully diverted sales to other markets.

In the first three quarters of 2018, Tesla delivered 71,760 Model S and Model X globally. All Tesla needs to do now is to repeat its last year’s fourth quarter performance to get to its 2018 target.

Tesla knows how many cars the company has sold in the last eight weeks and it also knows how much it needs to sell in the next five weeks. Tesla does not need a miracle to reach its 2018 sales guidance but has to repeat last year’s performance. Leaving out China from the mix will only add pressure on deliveries in other countries.

Tesla can afford to play with discounts now because the company is already cash flow positive.